Last weekend Open House was on. It is an organisation that promotes public awareness and appreciation of the capital's building design and architecture. Once a year for one weekend in September, it opens up London's buildings to the general public who don't normally have access to them.

All sorts of different types of building open up, including private homes. These have the biggest appeal to me as you get to see behind the closed doors of homes you wouldn't normally see. I decided to head to one not far from where I live in Twickenham. It's called Darke House and was designed by architect Geoffrey Darke as his own home in the 1960s.

The house was built on a Georgian terrace and the neighbours were furious, but they grew to love it and when developers tried to knock it down in 2001, they fought to keep it and even gained a Grade II listing on it. It's now an architectural treasure and is owned by a couple who lovingly restored the rather tatty and tired interior to its former glory. Nearly all original features and many fittings remain, including a fab stainless steel worktop in the kitchen. The ground floor has an open plan kitchen and dining room, with gorgeously warm tongue and groove wood panelled ceilings. The house is furnished in items that fit perfectly with the house, including a stunning red Italian-designed sofa and a mustard yellow chair from Channels. 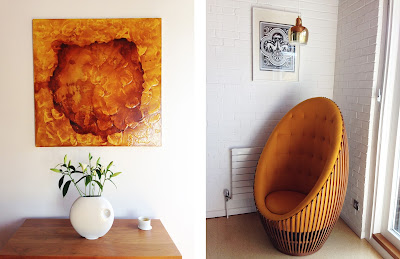 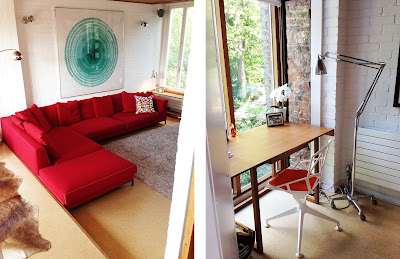 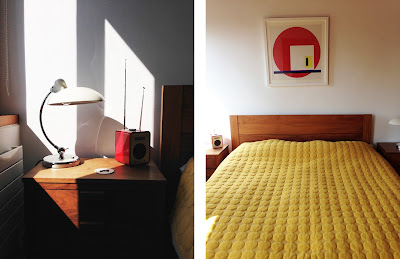 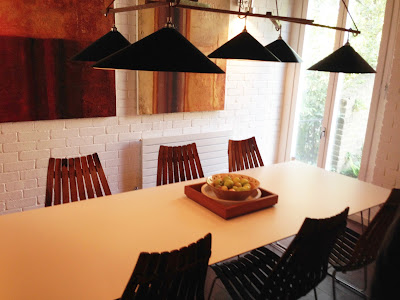 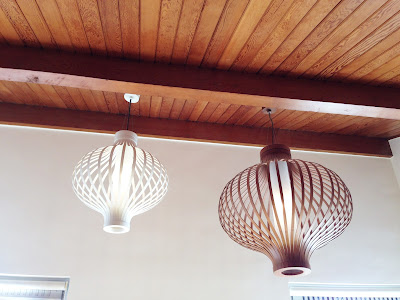