It's 350 years since the death of Rembrandt and the British Museum is marking this event with a collection of his rarely-seen prints and drawings which show his technical and creative ingenuity. 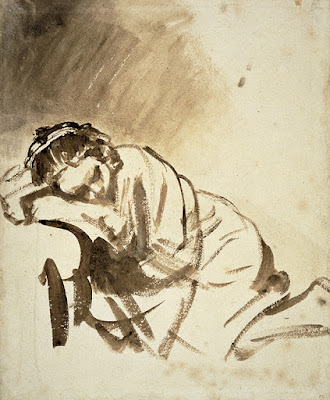 I love the two sleeping figures above and below and they show the versatility in Rembrandt's work. The 'Woman Sleeping' above has been created in brush and brown wash and I love how the loose marks create such an evocative scene. The 'Reclining Figure' below has been much more considered and uses a time-consuming technique of etching, drypoint and engraving. I love the way that the figure disappears into the darkness. 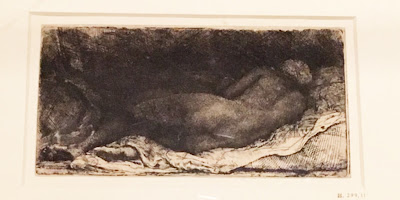 The atmospheric landscape below is one of Rembrandt's most well-known prints and he uses dark and light to convey the impending storm. 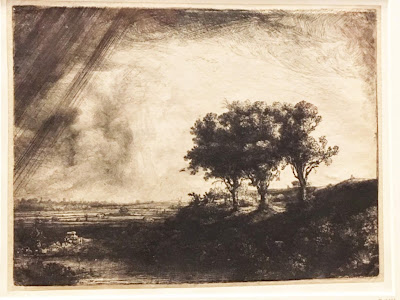 You have to look up close with all of Rembrandt's prints to really appreciate the work that has gone into it. This is the top right of the etching and shows his use of mark-making to create the billowing storm clouds. 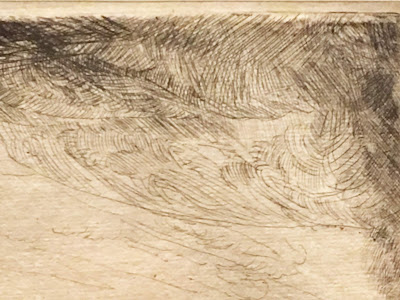 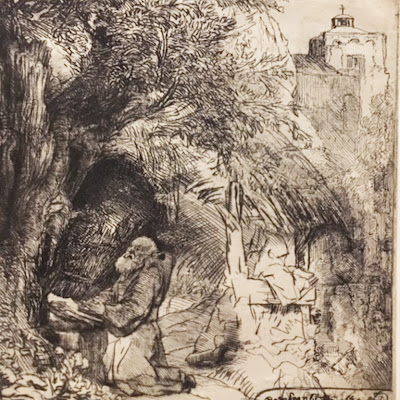 Look at the top right hand corner of the print and you can see the sketchiness he creates. 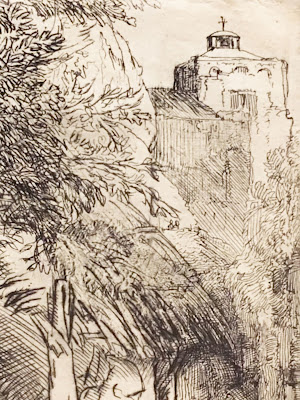 Rembrandt created a collection of postage stamp-sized self portrait prints (below) where he recorded his expression through strong contrasts and subtle hatching. His sketchy and unfinished style adds a sense of immediacy. The upper print, with the slightly startled expression, is one of his best known self-portraits. 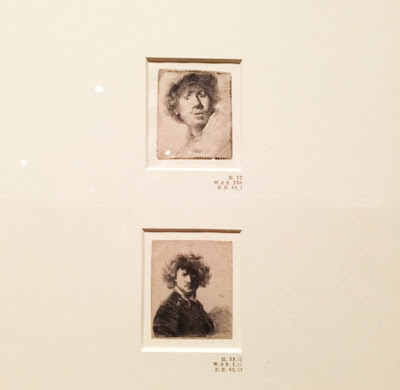 Rembrandt was a keen observer of life and often drew inspiration from the streets of Amsterdam. The street scene below was probably taken from life and shows hungry, eager children looking on as pancakes are being cooked over a fire. 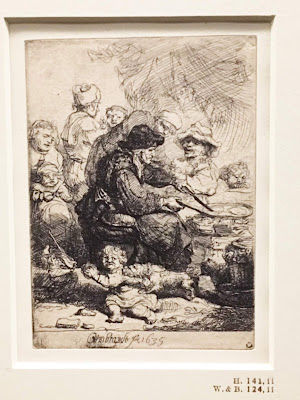 The unfinished etching below shows Rembrandt's working process. He sketched the basic outlines in drypoint first and then etched the images. For this one, he focused on the background first. I love the juxtaposition of the highly rendered, finished image against the very loose, cursory drawing in the foreground. 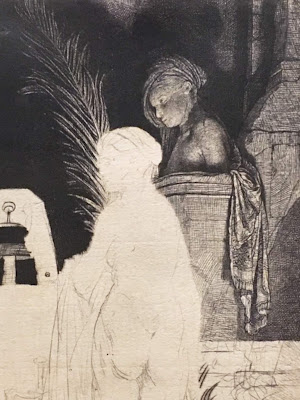 Rembrandt's wife modelled for the print below and his intricate working process shows dense, hatched lines in the background to evoke texture and light. 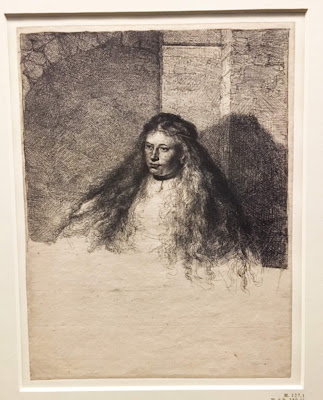 The portrait below shows the artist's achievements in subtle gradations of tone. The sitter is a friend of Rembrandt and is shown in an informal pose. The atmospheric effect of the sunlight streaming in the window into the dark room is enhanced by the warm-toned Japanese paper. 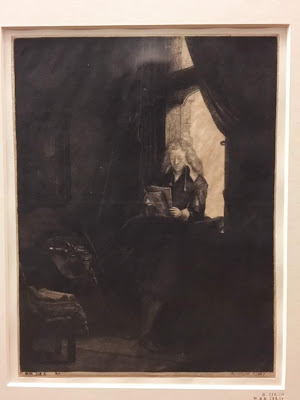 This fabulous little exhibition is on until 4th August 2019.