On Friday I went for a little forage around the Victoria and Albert museum and found myself in the Japanese section, admiring the kimonos. In the Edo period, the kimono was the principal dress for both men and women. The pattern on the surface of the garment was much more important than the cut of the garment and wealth, gender, status and taste were expressed through the choice of colours, motifs and decorative techniques. 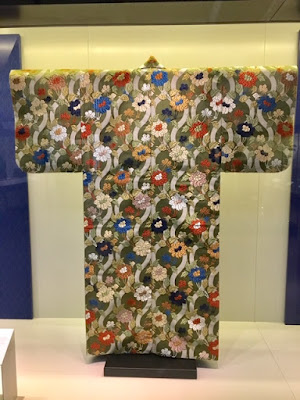 This stunner would have been worn by a male actor in the No Theatre, playing a female role. 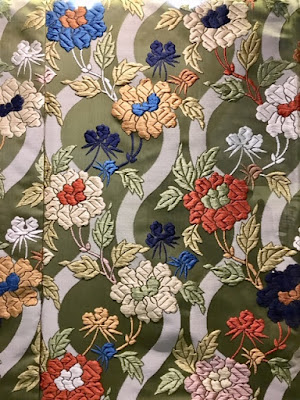 The patterns were complex and richly coloured using dyes and weaving techniques. 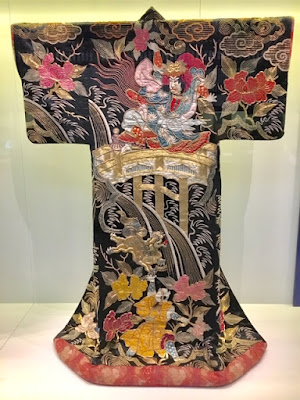 Kabuki is a popular form of Japanese theatre that started in the early 17th century. Women were originally the actors in it, but male actors took over both male and female roles after concerns about women's involvement in prostitution. 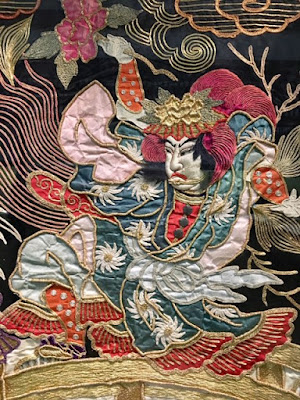 This kimono shows vibrant scenes from two well known plays. This garment may not have been worn by an actor but by a high-ranking courtesan. 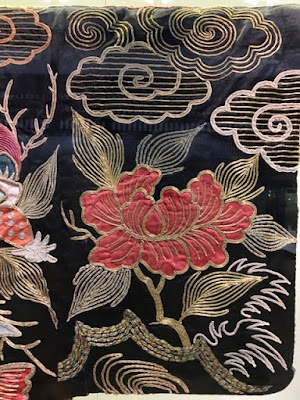 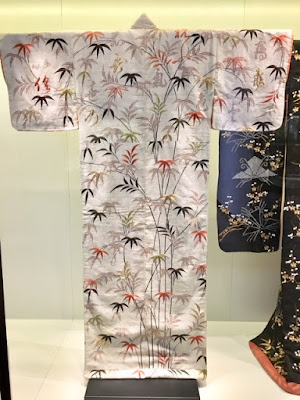 This kimono is for a woman and uses a bamboo motif that has been rendered using a combination of ink painting, dyeing and embroidery on silk. It also includes characters from a poem which shows the literary knowledge and taste of the wearer. The presentation of gifts has always been an important part of the social ritual in Japan and gifts were traditionally placed in a box, on a tray, with a textile cover over it, called a fukusa. It was very important that this piece of fabric was appropriate for the occasion. This stunning piece below, depicts a flock of cranes which conveys wishes for a long life and happiness. 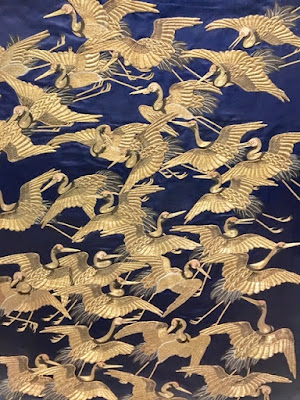 The richness of the decoration was an indication of the gift-giver's wealth, and the design showed their taste and cultural sensibilities. After being admired by the recipient, the cover was returned to the gift-giver. This could be a recipe for disaster if you don't understand the fukusa etiquette!