Last Sunday was a beautifully sunny late February day and the perfect day to head over to North London  for a spot of lunch followed by a trip to the fabulous Sadler's Wells theatre. We headed to Exmouth Market for a mooch around and a bite to eat and decided to head to Panzo for hearty Italian food. 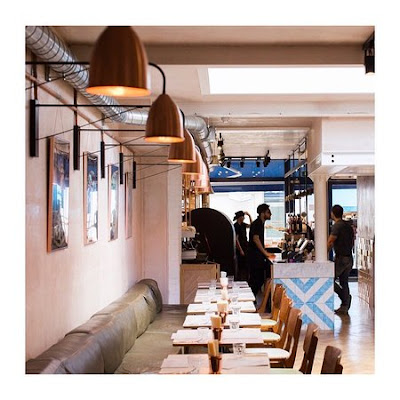 It was almost warm enough to sit in the pretty garden out the back, but we decided to sit inside, surrounded by the abundance of indoor plants and under the sunny skylight. We were brought a lovely appetiser of olives and freshly cooked crispy bread, followed by a hearty lasagne and an eggplant parmigiana. 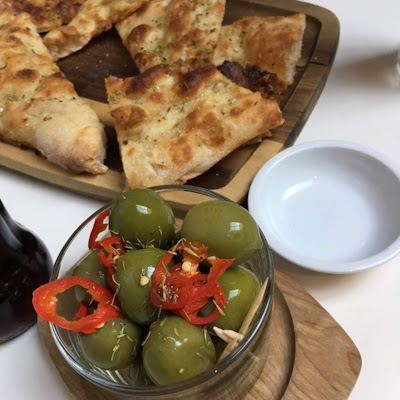 We then walked the 5 minutes to Sadler's Wells theatre to see a Pina Bausch performance. 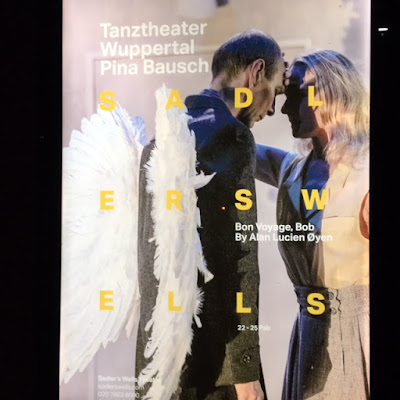 Pina is known for her raw and bizarre expressionist contemporary dance and in the decade since her death, her company Tanztheater Wuppertal Pina Bausch has only performed the work she created. Now, Norwegian choreographer Alan Lucien Oyen has taken on the challenge to create a new full length piece for the company called 'Bon Voyage, Bob', a meditation on death through suicide, disease and war and the emotions that come through that. Not the most uplifting of subjects, but beautifully presented in dance, text, music and sets, and often even wittily done. 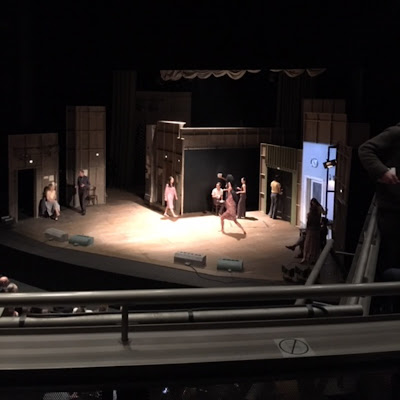 As the audience took their seats, the dancers slowly gathered on stage, limbering up and stretching and chatting as if we were a fly on the wall, watching them limber up backstage before the performance started. 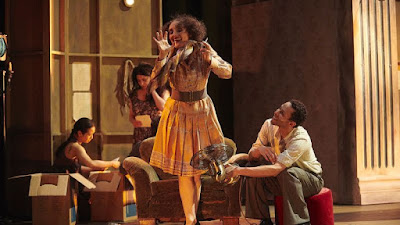 I compared it to a David Lynch film in its surreal quality and I loved the cinematographic quality of the lighting and costumes - women in 1940s tea dresses or silk ballgowns and the ever-changing, rotating set, lit with a sombre lighting. 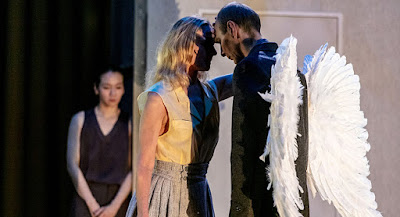 You can see a small clip of the performance here.