I recently went to the 'Good Grief, Charlie Brown' exhibition at Somerset House, an exhibition that explores the much-loved cartoon and its creator Charles M. Schulz. One of the main things I took from the exhibition was its comment on social affairs and how enduring these themes are! 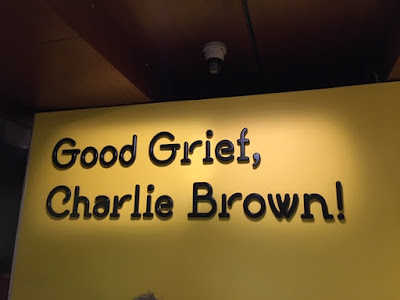 Peanuts was the first popular comic strip to introduce complex philosophical ideas about the meaning of life but it was presented in a modest and understated way. 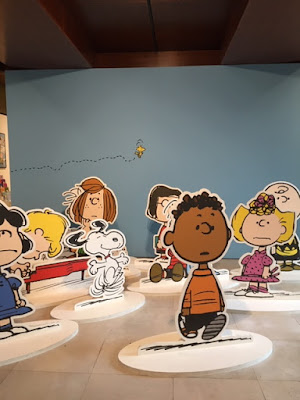 Schulz created 17,897 strips during his life and they reached a truly global audience in an era long before digital communications. Through the cartoons, themes including failure, anxiety, love and loss were addressed as well as commentary on faith, race, war, feminism and gender-fluidity. 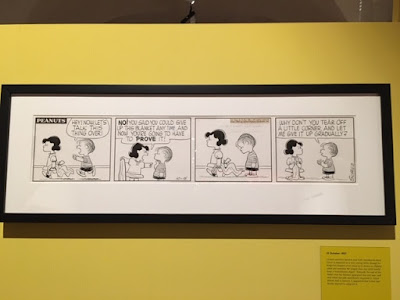 The Snoopy character was inspired by the Schulz family dog, Spike. He was mischievous and independent with a big personality. 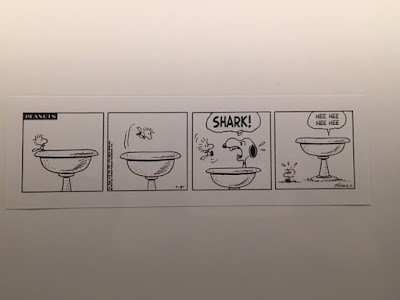 Schulz loved language and words and incorporated some of his favourites regularly into his cartoons, such as 'Aaugh!', "Good Grief!' and 'Blockhead'. 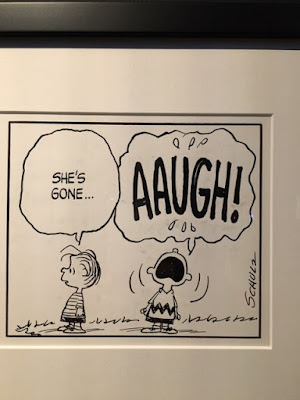 Schulz also enjoyed denoting sounds in the cartoons and treated text in a way that mimicked the sound. Words such as 'Bonk', 'Pow', 'Zoom' and 'Whap' were given individual characteristics particular to their sound. Even 'Z' denoting sleep, was given a distinct treatment, and a sigh was bracketed with two asterisks on either side to maximise the exasperation - **sigh**. 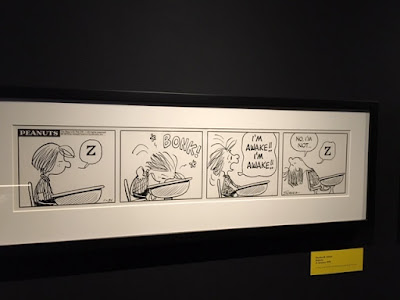 Lucy's shouting needed special attention and when she was doing some loud shouting Schulz would use a B-5 nib which made heavy, flat, rough lines for maximum impact. 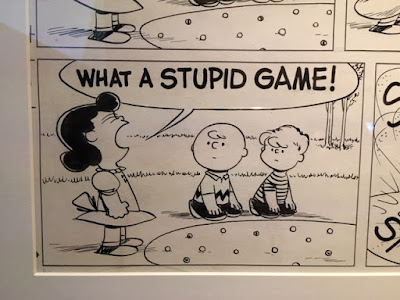 Schulz's female characters were confident, complex and headstrong and Lucy was particularly strong. Female readers took her on as a role model who knew her own mind and wasn't afraid to let anyone know it. Peppermint Patty, who was better at sports than any boy, was also taken up as a feminist icon. Schulz was an early supporter of women's rights and he regularly introduced themes into Peppermint Patty's storylines that challenged gender norms. 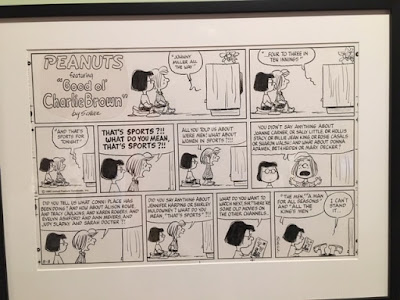 Schulz's skill in controlling the flow of ink from his pens and nibs produced a line that came to life. With a few simple pen strokes he animated the characters, creating a range of emotions that encompassed every mood and feeling. 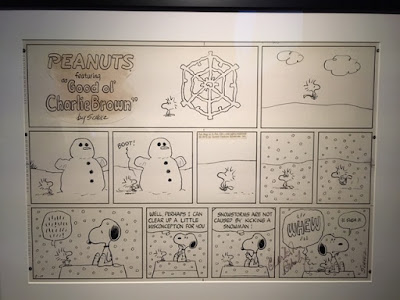 He also used his line work to create effects such as rain or snow, or the dust from the Pigpen character. 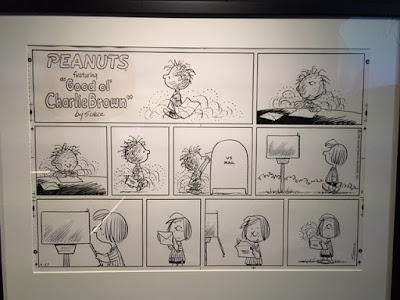 The exhibition also includes a range of artworks by contemporary artists who have been influenced by Peanuts. I loved this oversized knitted piece, inspired by the sweater that Charlie Brown wears. The piece is called 'Charlie's Flag' and the artist, Francois Curlet, identifies with the Charlie Brown character and his insecurities. 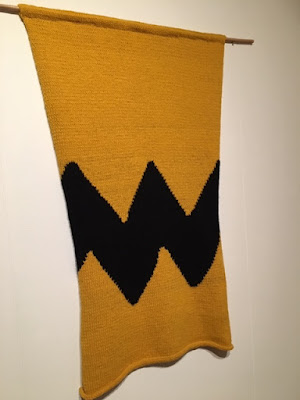 The same motif has been used in a series of pottery pieces and gives it an ethnic feel when applied to that medium. 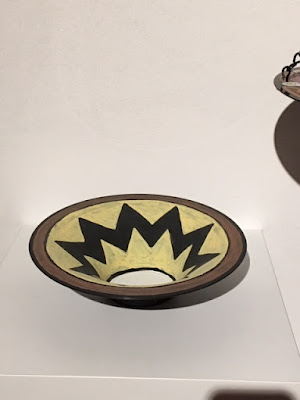 Artist Mel Broomfield is drawn to the psychological themes Schulz used and especially Lucy's 'Psychiatric Help' booth. Brimfield finds it amusing the the neighbourhood bully sets up as a shrink. In this piece, she draws herself as Peanuts characters, which fill an oversize silhouette of Lucy's head and act as self portraits in an ongoing therapeutic dialogue. 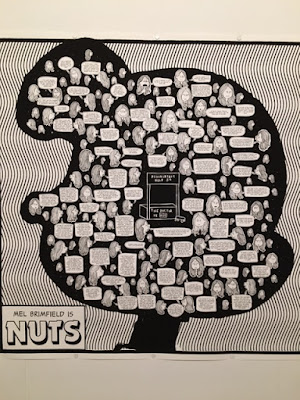 Look up close and enjoy the variety of questions and observations that the artist asks herself. 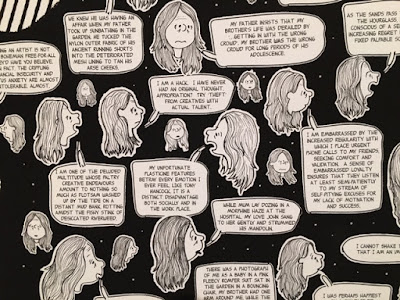 Artist KAWS has regularly used the Peanuts strip as inspiration. These pieces reflect the inner world of Snoopy but also reminds us that we often attribute human traits to non-human entities, something Schulz achieved with Snoopy. 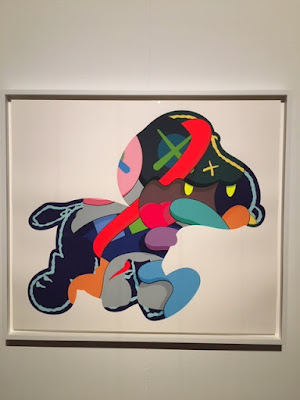 This exhibition was surprisingly insightful and I'm so glad I went. Even better, there's a room full of beanbags where you can chill out and watch Peanuts films for as long as you want to!