Yesterday I headed up to the Tate Modern to check out the much anticipated Marlene Dumas exhibition. She is a South African painter based in the Netherlands and is apparently seen as one of the most influential painters working today. I'm afraid I had never heard of her until I saw the advertisements for the upcoming exhibition, but I was immediately intrigued to know more. The poster and pamphlet advertising the exhibition uses a haunting image of a woman who's eyes have become deadened by darkening them with an indigo paint. This 'deadening' or haunting look of the eyes becomes a recurring theme in her paintings. She focuses mostly on the human form, exploring subjects such as sexuality, love, death and shame, and many of her work included close-ups of faces, often displayed en masse.

Marlene never draws directly from life, but uses existing images to work from. The interesting thing is that instead of appearing photorealistic or staged, they have an amazing fluidity and spontaneity to them. I have dabbled slightly in using watercolour and ink and know how hard it is to control. She does it with ease and an emotion that is hard to imagine creating. Within a few sweeps of a wash, she captures the features and emotions of a person. 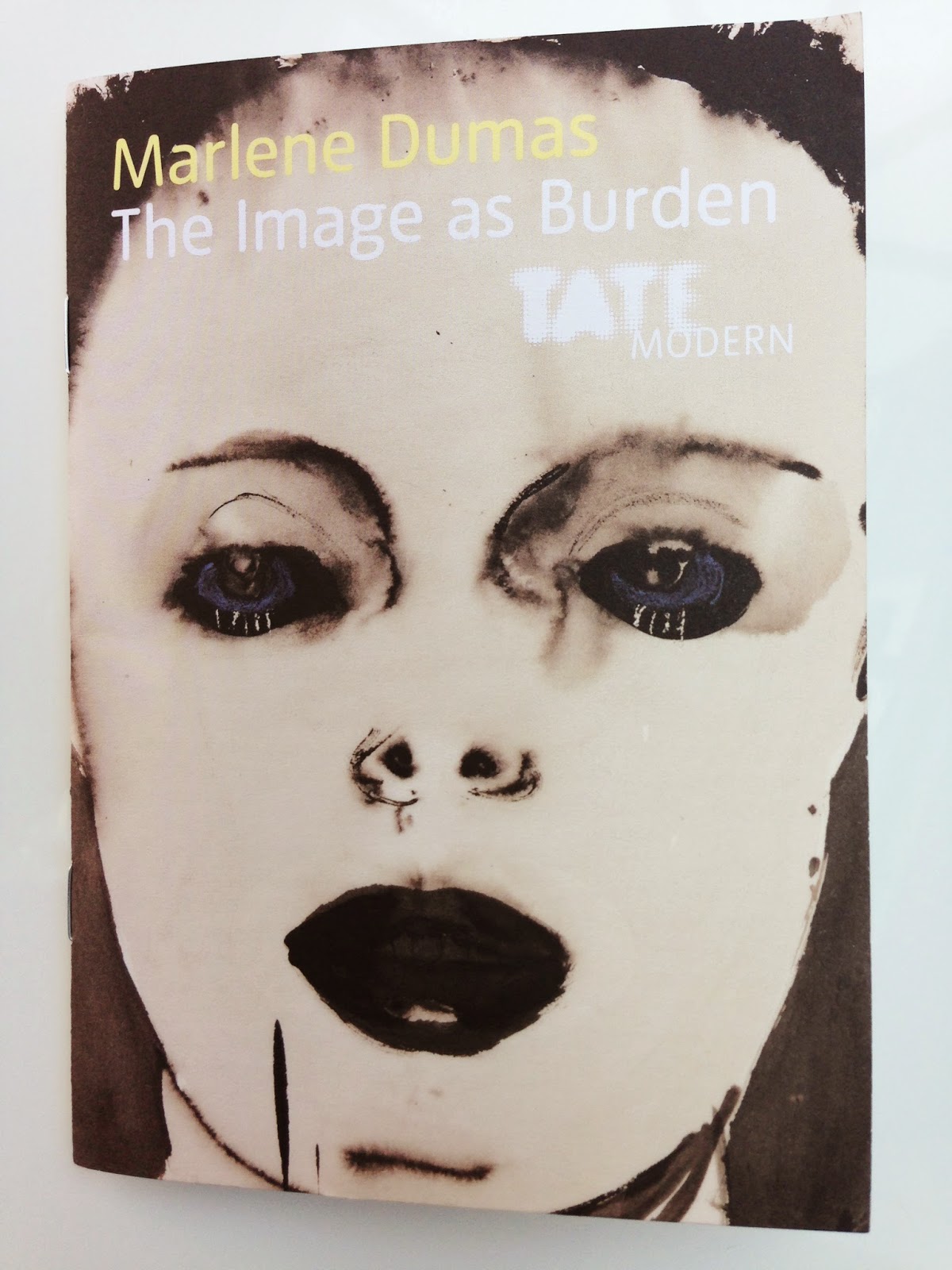 The above image is what inspired me to see the exhibition. 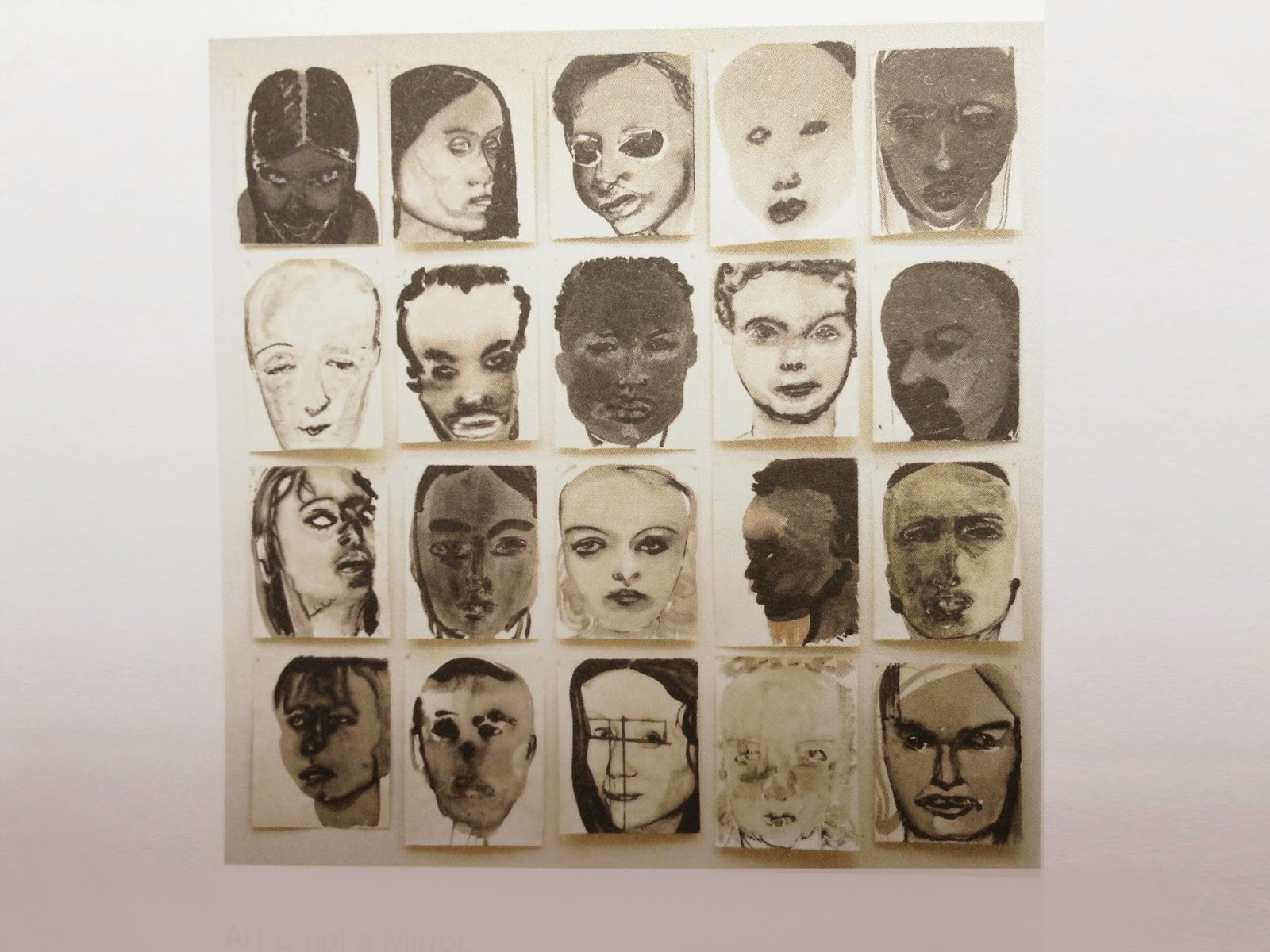 The image above is the first piece of work that you see on entering the exhibition. It's a series of ink and graphite 'portraits' and began with images that Dumas had discarded from another work. 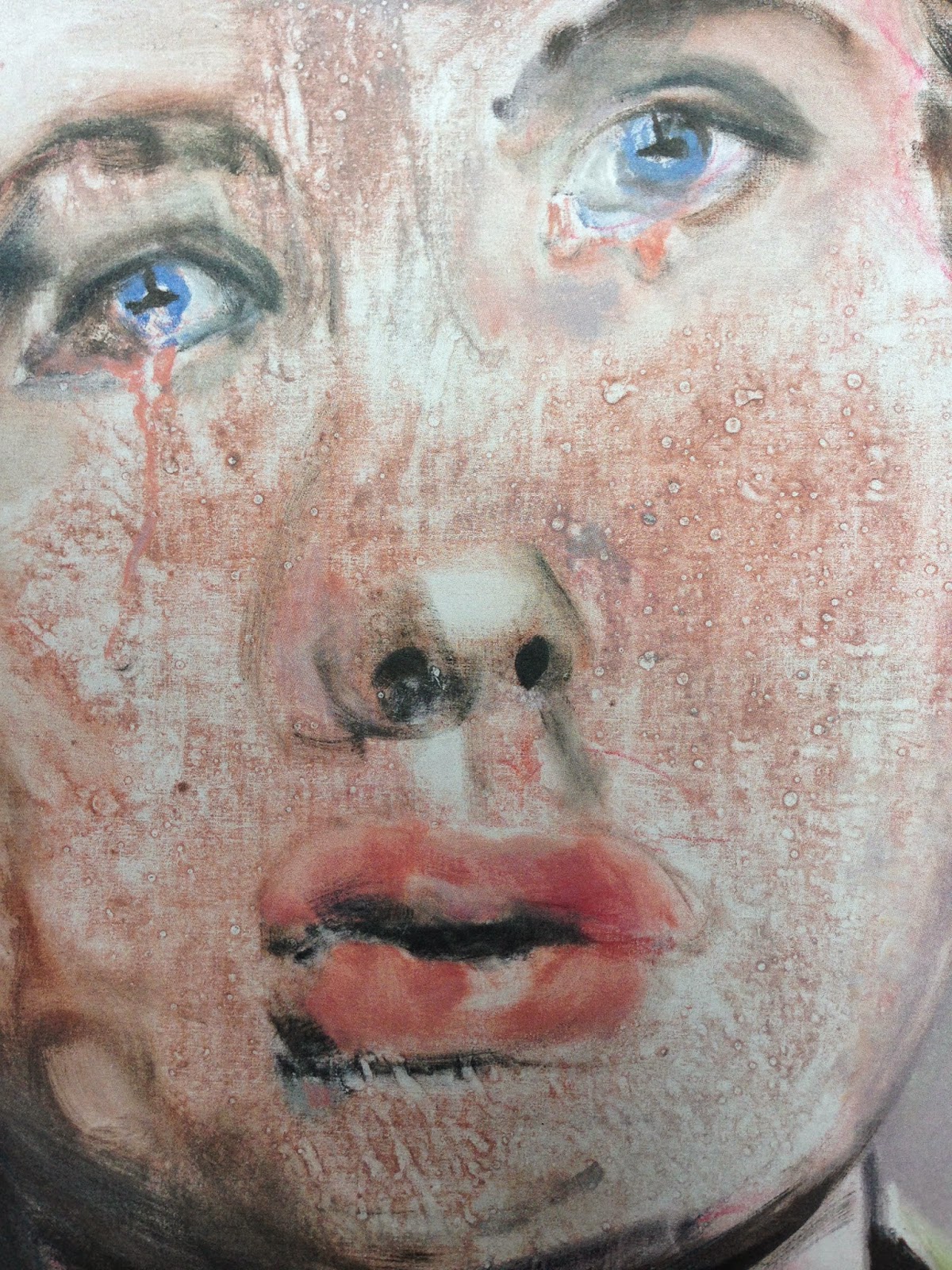 The above image was painted after the death of Dumas' mother and was a response to her feelings of loss and loneliness. She uses of an image of Ingrid Bergman from the film 'For Whom the Bell Tolls'. She is crying and the tears have been exaggerated by distressing the surface of the canvas. 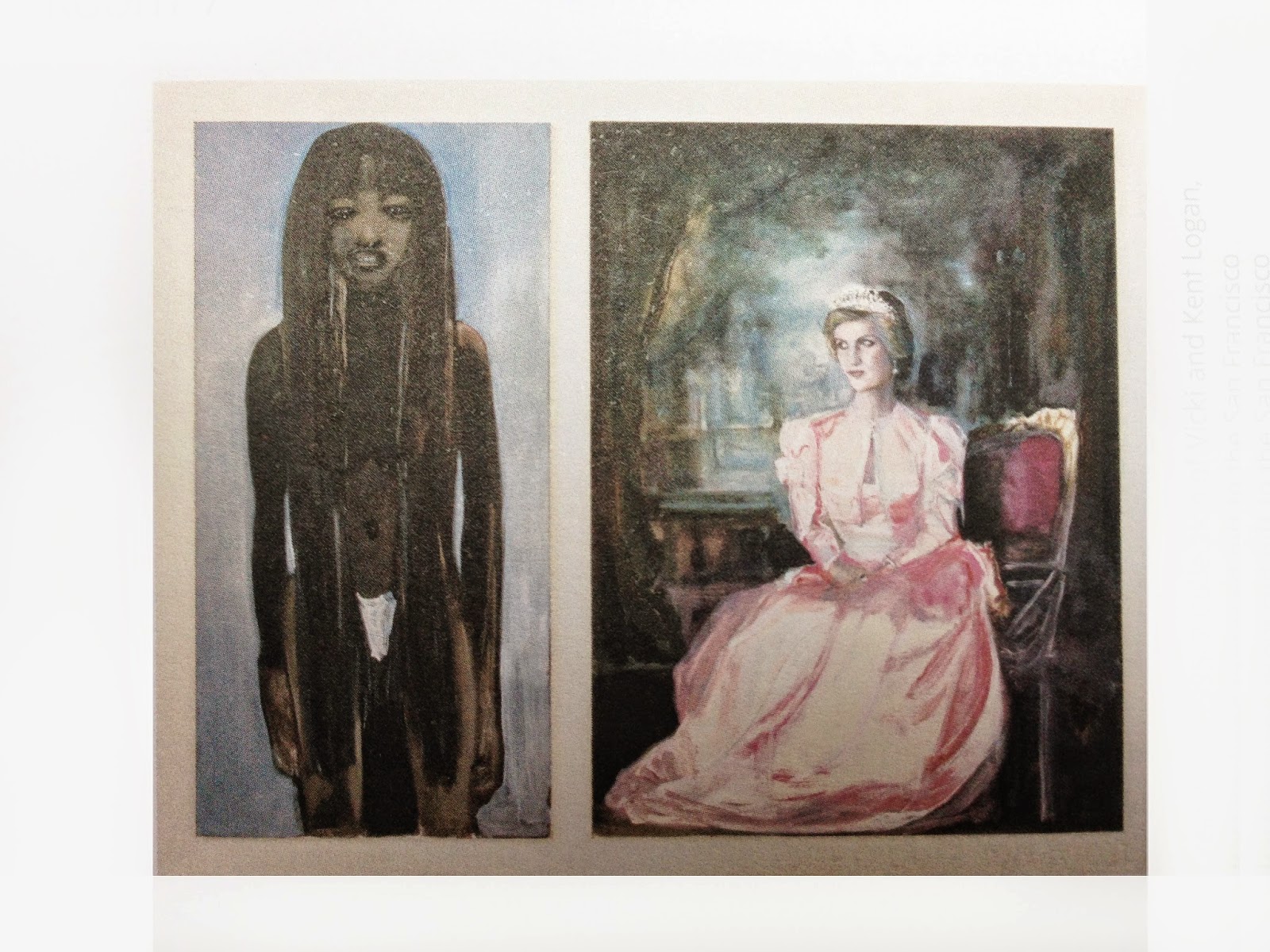 These two paintings were hung together in a room dedicated to Dumas' 'Magdelenas' series of canvases. It depicts women from historical art, alongside modern women and is a view on how differently women can be portrayed in the media. Naomi campbell is on the left as a semi-nude fashion model, Princess Diana on the right as a demure stately figure.