On Saturday afternoon we headed over to the Barbican Centre for a little mooch around. I decided to walk to it from Blackfriars station, and the walk alone was so inspiring! It took me past Fleet street, the Old Bailey and then on past St Bartholomew's Hospital and Smithfield Market. 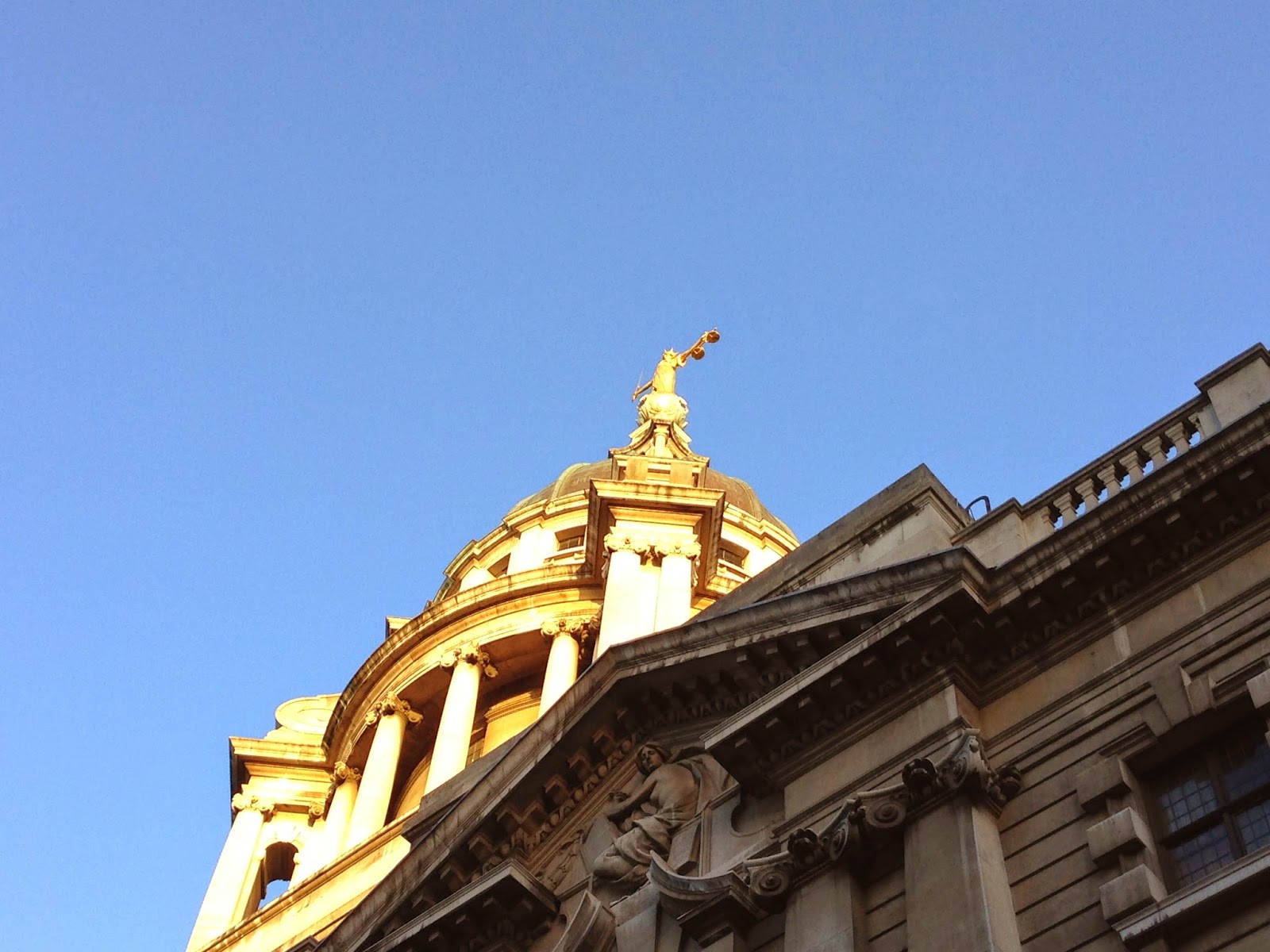 The light was beautiful on Saturday afternoon and lit up the gold of the Old Bailey.
Even the buildings of the Barbican centre looked like they were coated in gold! 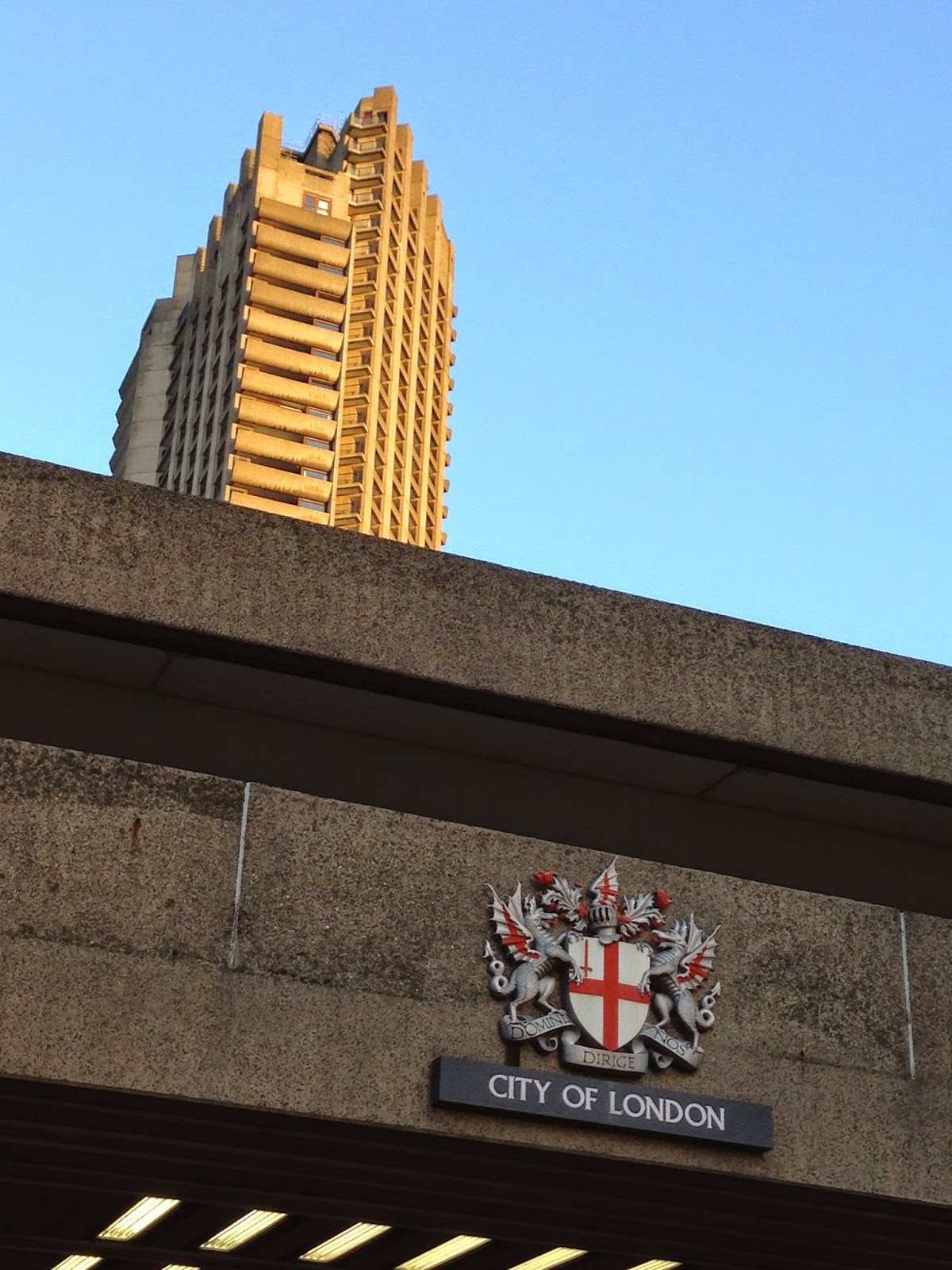 I forgot what an inspiring place the Barbican is, partly because of the architecture, but also because of all the amazing cultural events that are going on there. It has already inspired me to book some tickets for a dance theatre performance on Friday evening! 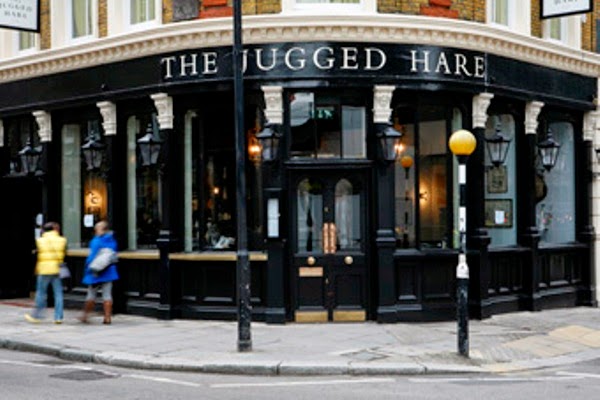 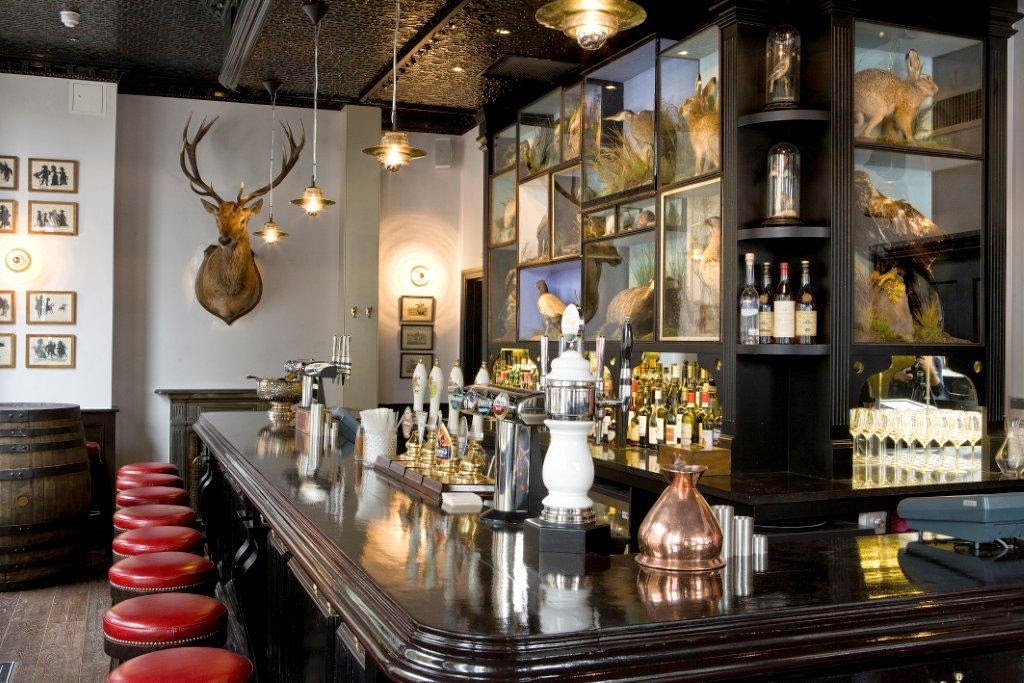 We had a swift pint at the Jugged Hare pub, which is a lovely pub/restaurant very close to the Barbican. We were lucky to get two seats at the bar where we could do a good amount of people watching and an added bonus was that Ralph Fiennes was also enjoying a drink there! It's a fab pub with stripped wooden floors, animal heads on the walls and trendy waistcoated servers and it was buzzing at 5.30 in the evening as people were either emerging form matinee performances or gathering for a night out. We didn't eat there, but did find out that the name of the pub comes from a dish called 'jugging' which involves the stewing a whole hare in an earthenware jug!

We then headed over to Clerkenwell where we visited the art show of my friend Garth Bowden. The exhibition was called "Epiphany and Apophenia". Epiphany was to show expressions of extreme pleasure or extreme pain, frozen moments used as a starting point for an enquiry into unknown physical and emotional worlds. Apophenia to describe the language of data that is actually void of any intended information. The numbers and patterns fade in and out, alluding to depth and movement. 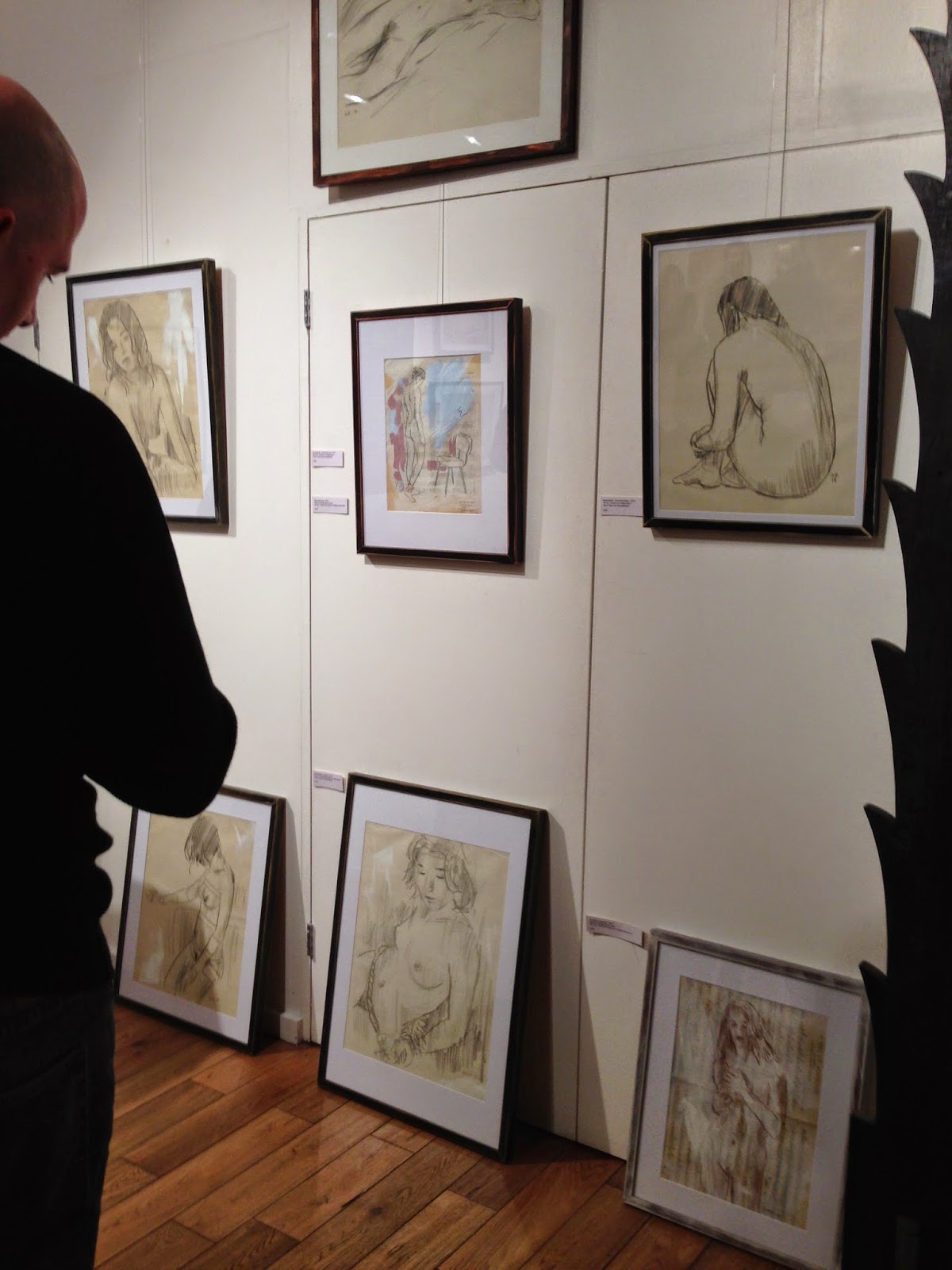 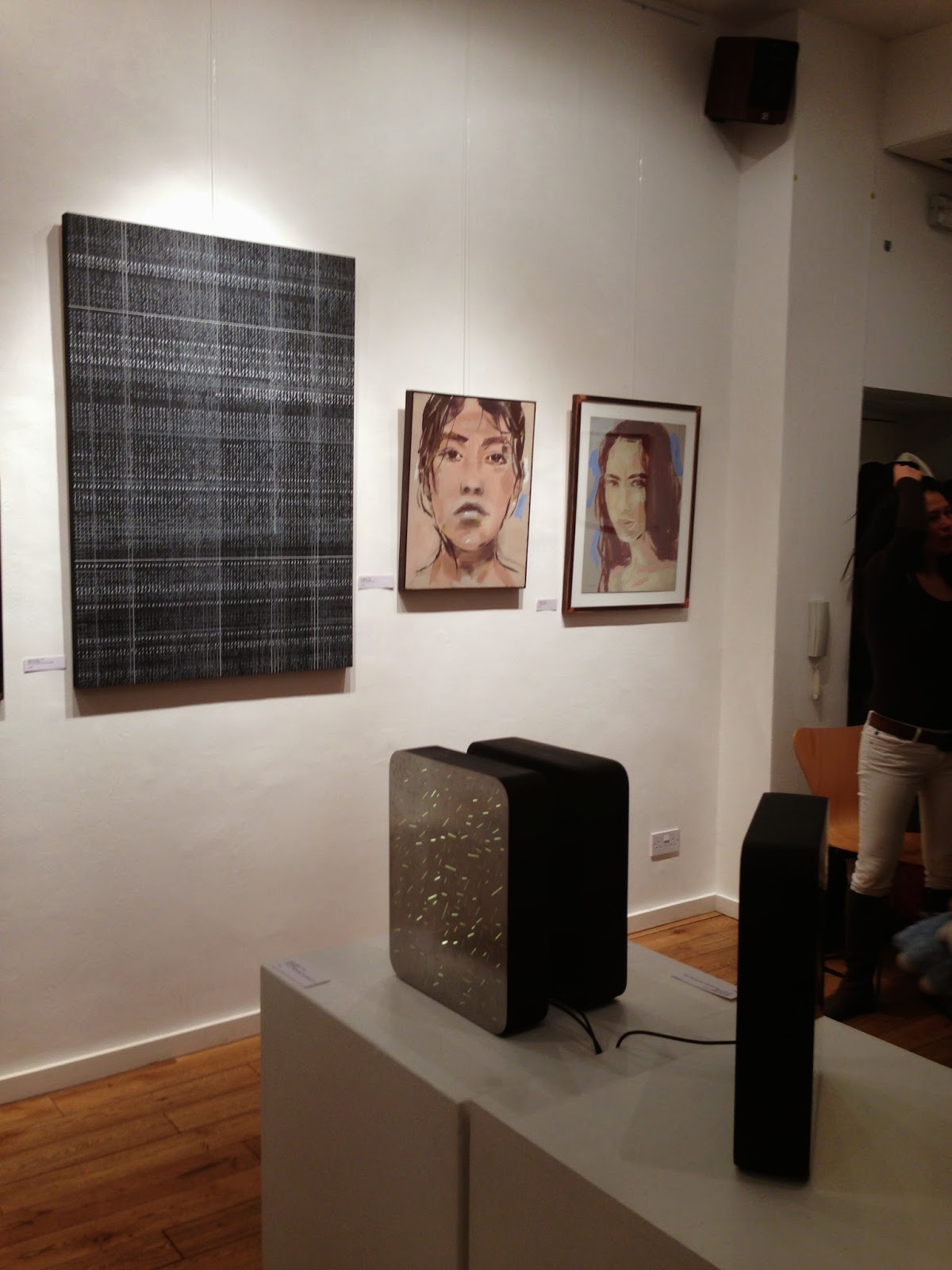 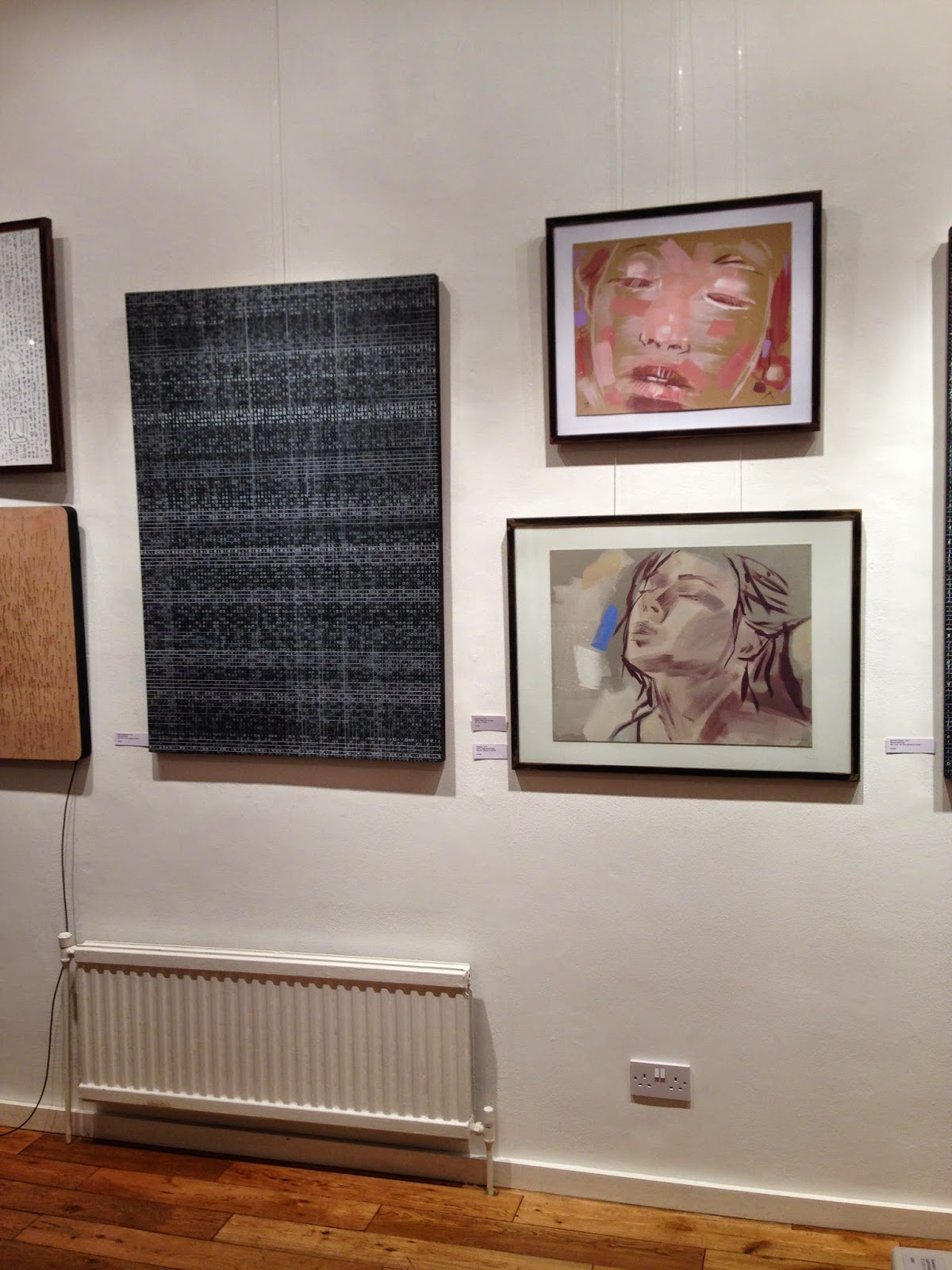 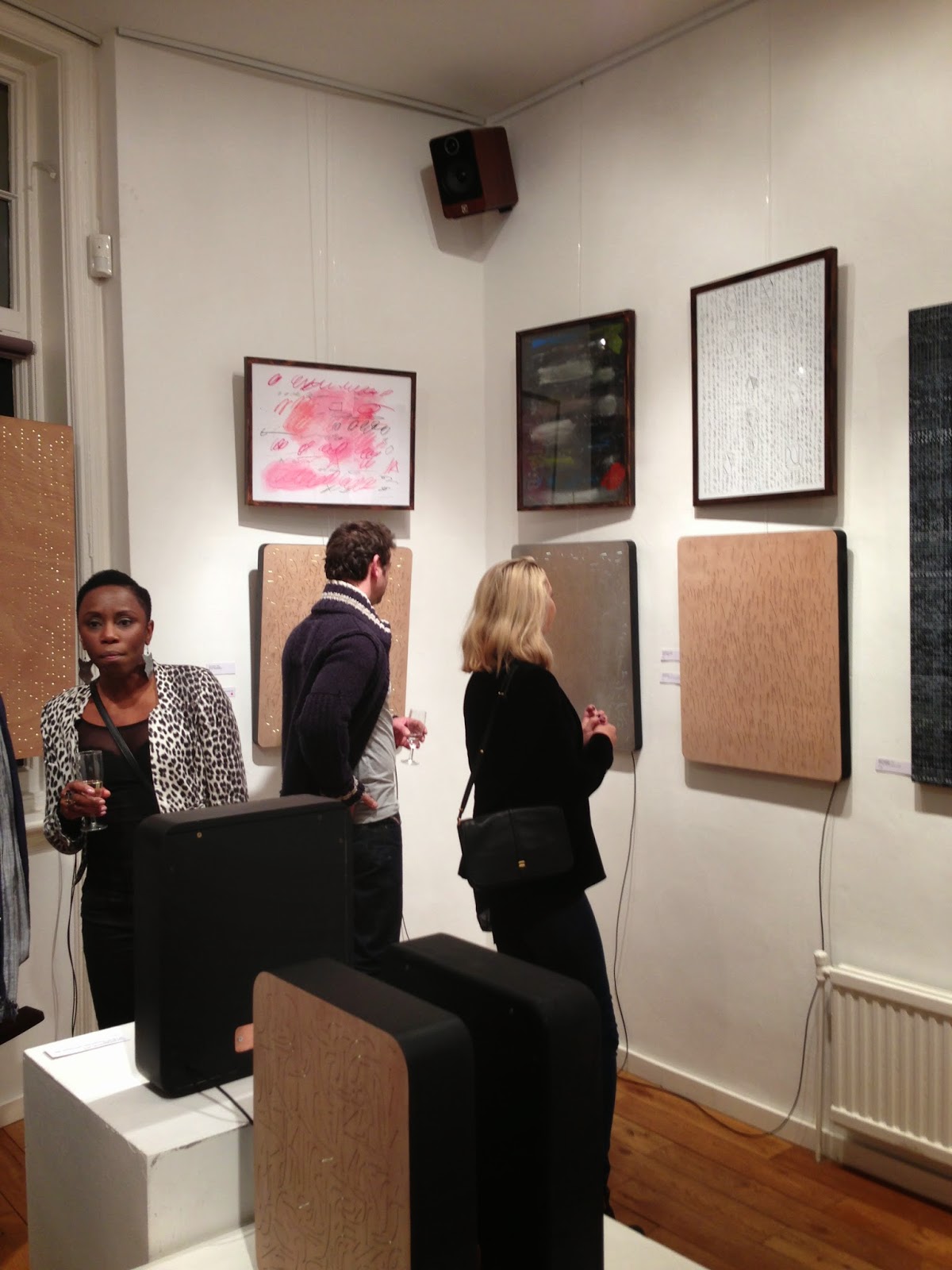 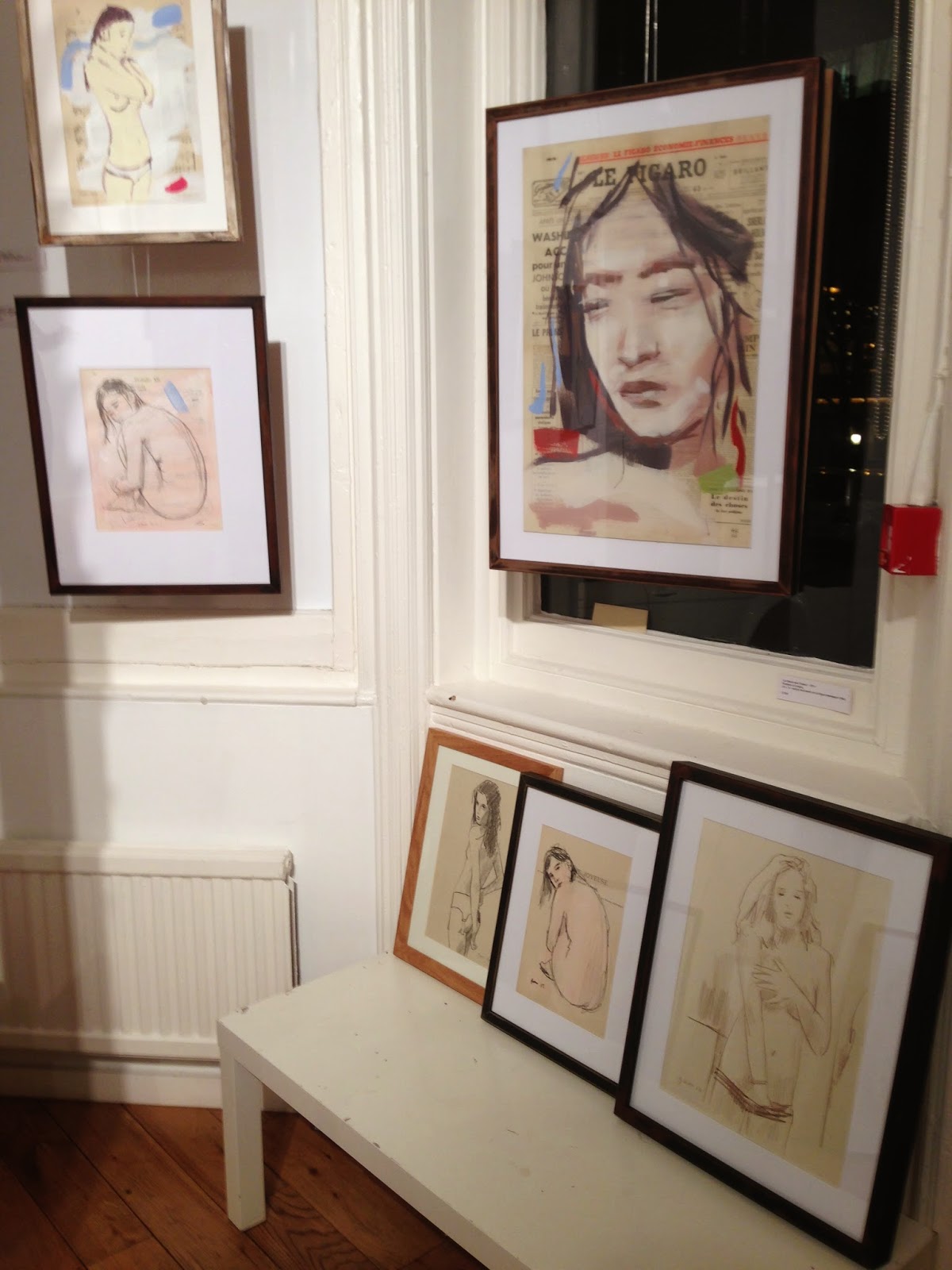 I bought a beautiful wood and metal stool that Garth had made from oak casks.
We carried it home with us on the train and it now has pride of place in our hallway! 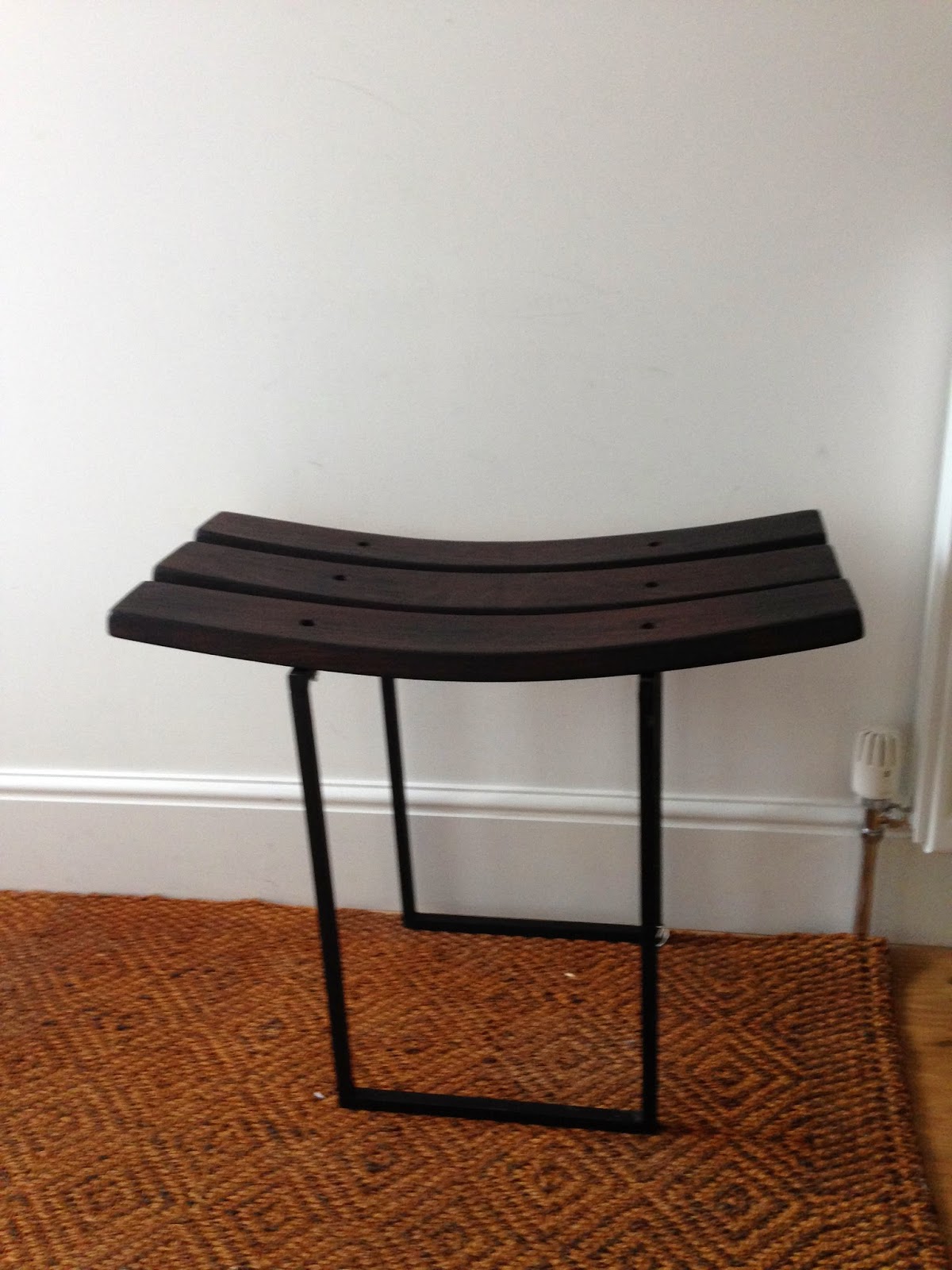