On Saturday I was transformed to the wonderful world of Tim Walker at the Victoria and Albert Museum. Tim is one of the world's leading fashion photographers and has photographed for Vogue for over a decade now, using extravagant staging and romantic motifs to characterise his style. This extensive exhibition is called Wonderful Things and shows his extraordinary creative process and explains some of the thoughts behind the images. The exhibition includes pictures, films, photographic sets and special installations.

The first room shows a rather conventional retrospective of his work, showing images of models used for Vogue as well as portraits of famous actors and musicians.


The V&A asked Walker to to explore their archives and select 10 items that excited him and then create photographic projects based on those items. The rest of the exhibition uses room sets, created by Shona Heath, that make you feel like you've stumbled into one of Walker's photographs. 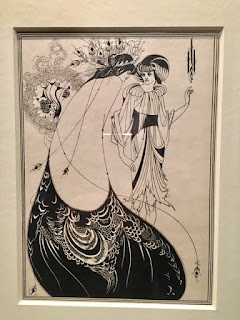 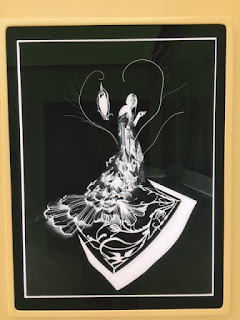 This was my favourite image of this section where the model's feet have been elongated and she hangs onto a draped harp. 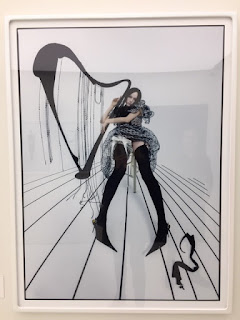 The next section was titled Cloud 9 and the photographs are inspired by the V&A's historical paintings from South Asia. Tim has always been drawn to India and these photographs celebrate the country's vibrancy and rich history of storytelling. 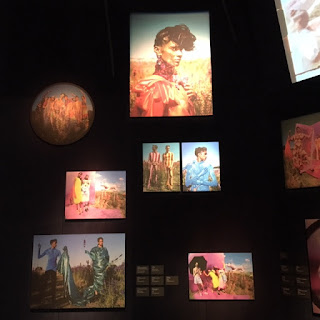 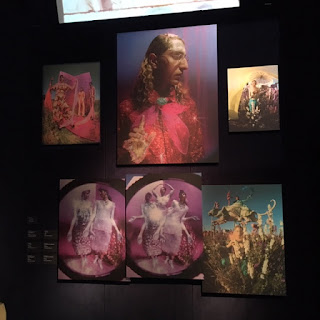 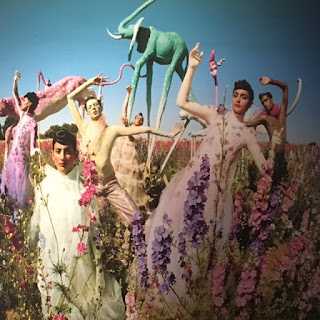 The next section was called Box of Delights and involves a room bedecked in pink. With club music playing, it is Tim's way of expressing the need for everyone to have a world where you can be whoever you want to be, such as in the London club scene. 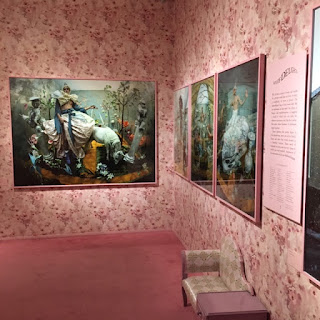 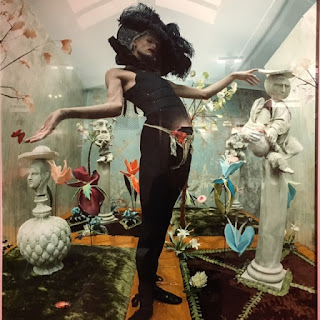 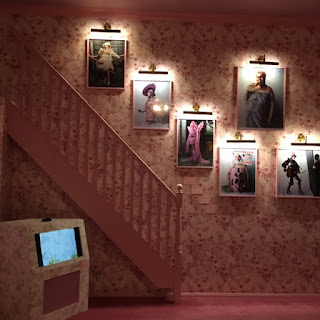 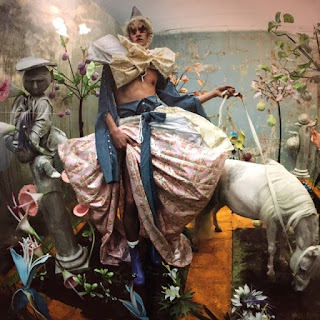 The V&A has an amazing collection of intricately decorated snuffboxes and Tim saw one with a dragon on it. He visualised an empress walking her pet dragon at night and picking a flower that only blooms at full moon. 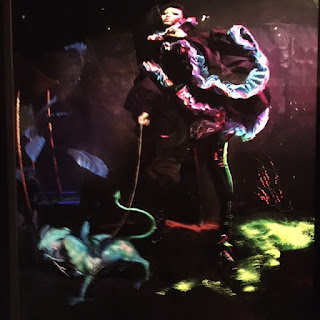 The section titled The Land Of The Living Men shows all photographs of men. Tim wanted to magnify the male nude by making it as big as possible.The title is from a William Morris novel. 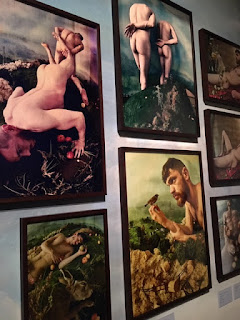 Handle With Care is a section of the exhibition that is a love letter to the conservators, curators and archivists at the museum. The dresses are exquisitely wrapped up and become beautiful ghosts. Tim imagines the characters in these photos coming to life in the museum. 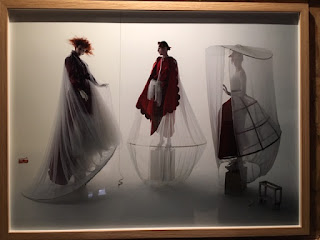 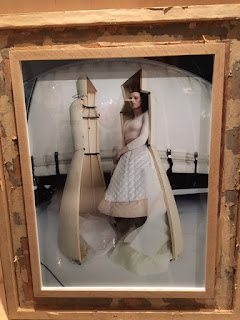 Why Not Be Oneself is a section that uses portraits of Tilda Swinton who has inhabited the role of the poet, Dame Edith Sitwell. These pictures are a celebration of age and individuality. 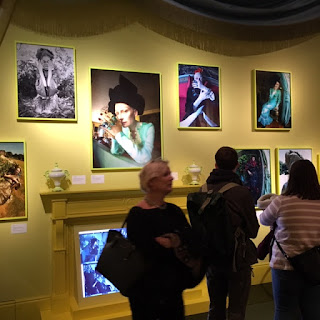 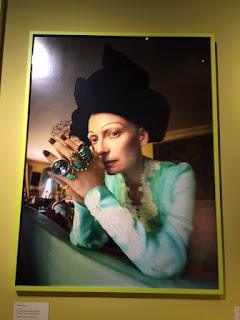 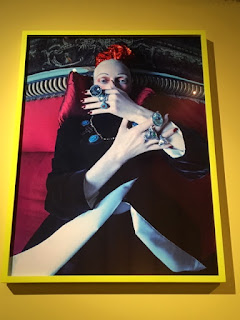 The final section of the museum is called Soldiers Of Tomorrow and is inspired by a 65 metre long photo of the Bayeux Tapestry. Tim was inspired to create photographs that evoke both the chaos and the beauty of the tapestry. As the fashion industry can be very wasteful, Tim liked the idea of everything being recycled, home made and hand knitted for this shoot. Old ironing boards became shields and vacuum cleaners became mad medieval instruments. These modern soldiers are eco-warriors or tomorrow. 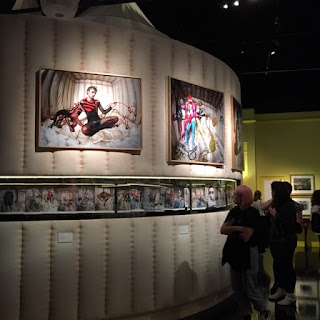 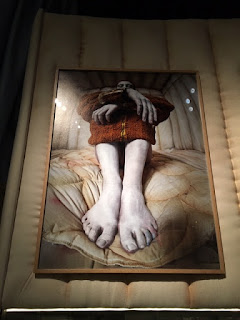 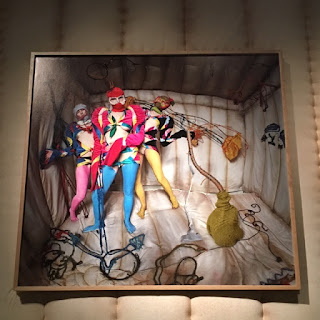 This stunning exhibition is on until 8th March 2020.