Last Saturday I went to a fabulous painting class held in The Rickyard in Walpole Park. The class was arranged by the Pitzhanger Museum and involved a group of 30 of us being taught the techniques of Chinese wallpaper painting. I had been to visit the Pitzhanger Museum in April (which you can read about in an earlier post) and admired the beautiful reception room on the first floor which is covered in the most stunning Chinese painted wallpaper. It had all been painted by decorative painter, Alasdair Peebles, over a period of 6 months and he taught the class on Saturday. He started with a slide show of how he had researched the images for the wall by visiting many stately homes around Britain. 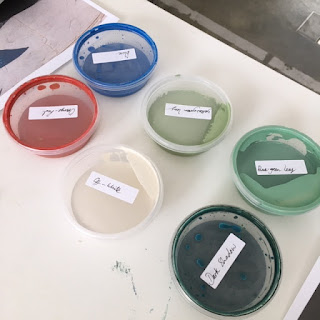 Each of us were given a selection of pots of paints that looked like gouache but were actually acrylic and quick-drying, as well as a colour photocopy of a small part of the original painting which included a bird and a section of flowers. 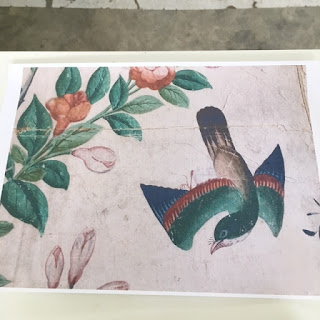 We were also given a piece of tracing paper with a loose outline of the image on it. 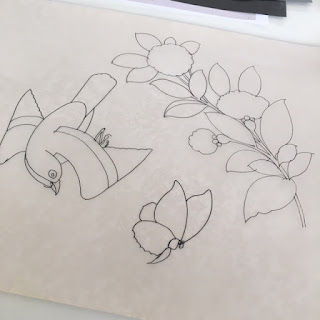 We then traced the outline image onto a piece of sponged paper using carbon paper that leaves a light pencil-type line. 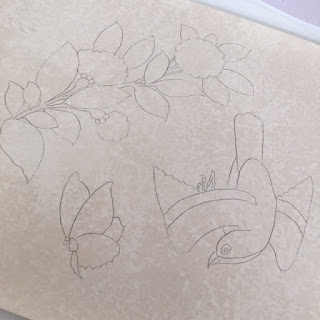 After tracing the outline onto the paper we then had to fill in each shape with the corresponding colour on the photocopied sheet. It was so therapeutic to sit and paint. We started by filling in the shapes with colour. You then go back and add detail such as shadows and the veins on the leaves. 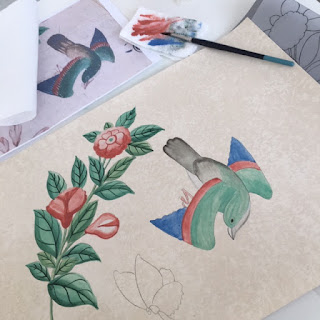 Chinese wallpaper is traditionally very stylised and not always true to nature. 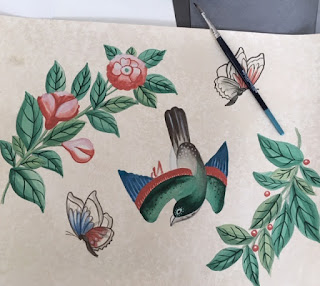 After we had finished the class, we went to the Pitzhanger Manor to see the original paper created by Alasdair Peebles, which you can see below. It really is a masterpiece and so beautifully rendered. 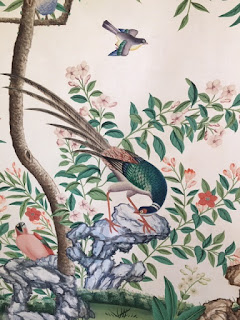 Many birds were used in the wallpaper design and when they are seen on branches and standing they are usually seen in pairs, as if in a dialogue with each other. The birds and butterflies that are in flight were added later as cut out pieces that were glued on. 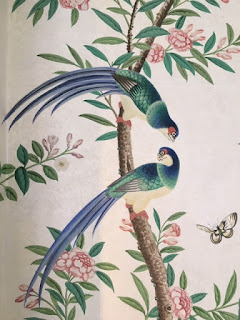 See how stunning the room looks! It really was a labour of love! 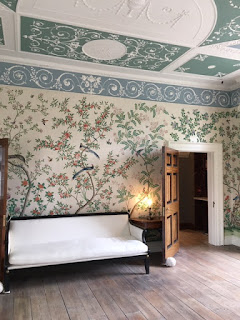