On Fridays I often try and do something fun. Last Friday a friend and I had booked a table for lunch at Bernares, a modern Indian restaurant on Berkely Square. The table was booked for 1pm so we decided to meet earlier and have a mooch around the area. After a dip into Fortnum and Mason to drool over the food section, we headed to nearby Bond Street to drool over the fashion. The Ralph Lauren store was all about the bling and we decided to go in and have a look around. It's always great to see the clothes up close and even though they are very simple in style, the cut and fabric choice is stunning. 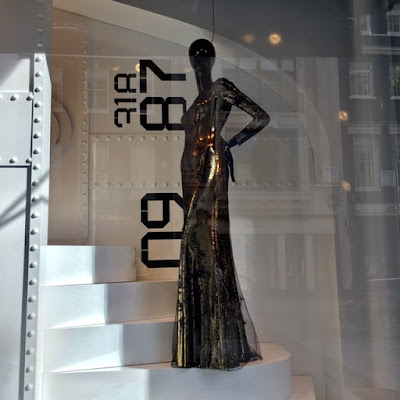 From Bond Street we cut across towards Berekly Square and came across a gallery called Gagosian on Davies Street. We were immediately drawn in by the large simple photos of the celebrities (like Mick Jagger, below) and only then realised they were photos by David Bailey. 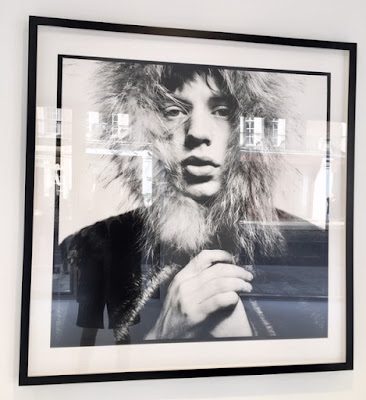 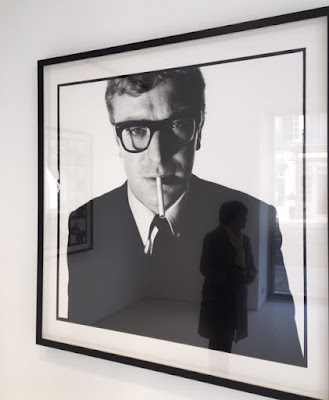 The exhibition was showcasing iconic photos he took of celebs at the time, such as Michael Caine above. He liked to spend time chatting to each celebrity and getting to know them and is quoted to have said " The pictures I take are simple and direct and about the person I'm photographing and not about me. I spend more time talking to the person than I do taking pictures". 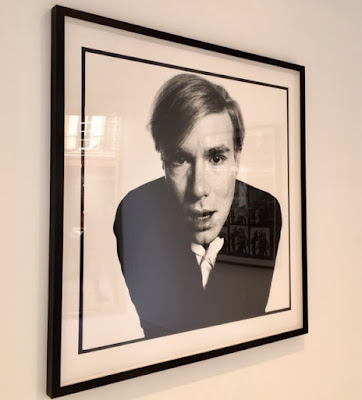 We were struck by how modern each of these photos looked. Any of the subjects could be a contemporary. I love the photo of Andy Warhol above. We see him in such a different light. Jean Shrimpton (below) is shown in a much more natural light to how we have seen her in the stylised fashion shoots of the 1960s. 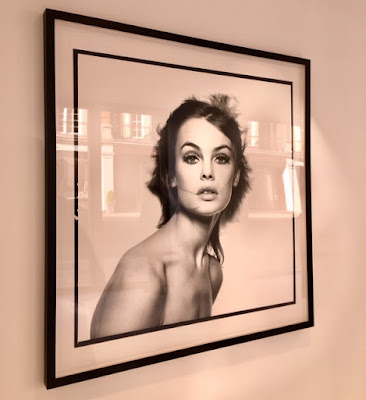 By this time we were hungry and thirsty and lunch was calling so we headed to Benares for some scrumptious food and tasty cocktails. The restaurant serves 'Modern Indian cuisine with a contemporary British twist' and we weren't disappointed! We had the set lunch and I chose the light and tasty semolina crusted crispy prawns as a starter and for main I had the fenugreek-infused chicken, washed down with a lychee and rose champagne cocktail. Yum! 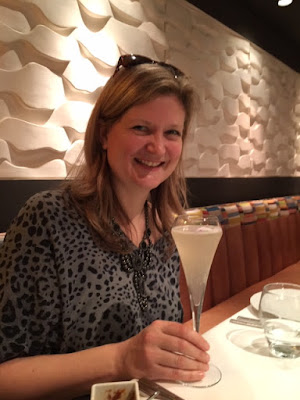 As we were leaving, the head waiter invited us into the private dining room to show us a view of the kitchen which was fab! It was great to see how smoothly (and calmly) everything was running. 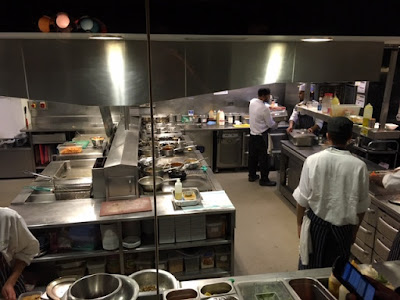 What a fab day! And after a little relax on the sofa early evening, I still managed to go Ceroc dancing in the evening, to work off all that scrumptious food and drink....