On Friday I went along to the Alexander Calder exhibition at Tate Modern. 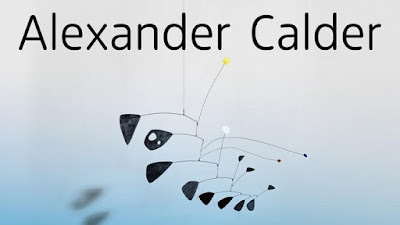 Calder is known for his mobile constructions and a lot of the exhibition focuses on his exploration of different approaches to making mobiles. They are beautiful organic pieces which are also wonderfully modern and elegant, consisting of a network of wires and painted pieces of sheet metal suspended from the ceiling. Each element is moveable which means that the mobiles are constantly in motion, many of them relying on the slightest breeze to give them movement. 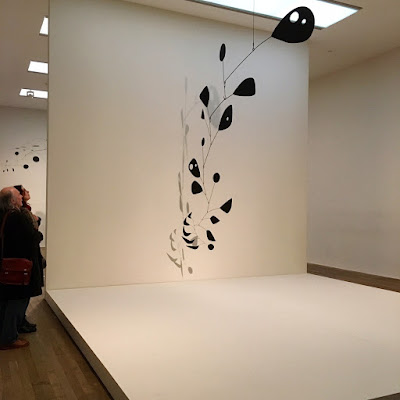 The piece above, Black Widow, was designed as a 3.5 metre sculpture to hang in the headquarters of the Institute of Architects in Sao Paulo, Brazil. It shows how Calder's work can define a space, rather than just occupying it.

On top of mobiles, Calder also created many sculptures made from wire where the sculptures take on an amazing scribbly feel in 3D. Photos of the sculptures don't really do them justice as they simply look flat. In the flesh, they take on a feeling of being alive, and every angle gives them life. 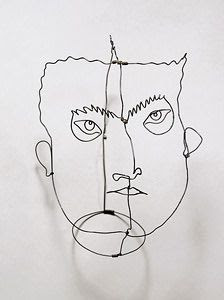 He did a series of head sculptures, but was also interested in the circus and did a series of circus performers and acrobats, which he used to create stage shows that he performed for artists such as Jean Cocteau, Joan Miro and Piet Mondrian at the Cirque Calder.