Happy New Year to one and all! Wherever you are, I hope you had a wonderful time welcoming in the new year. We spent it celebrating with family and friends -  the best way to do it!

It now seems to be a tradition that we go away the night before New Year. This year we decided to go to the beautiful city of Bath, with its stunning Georgian buildings and healing thermal waters. 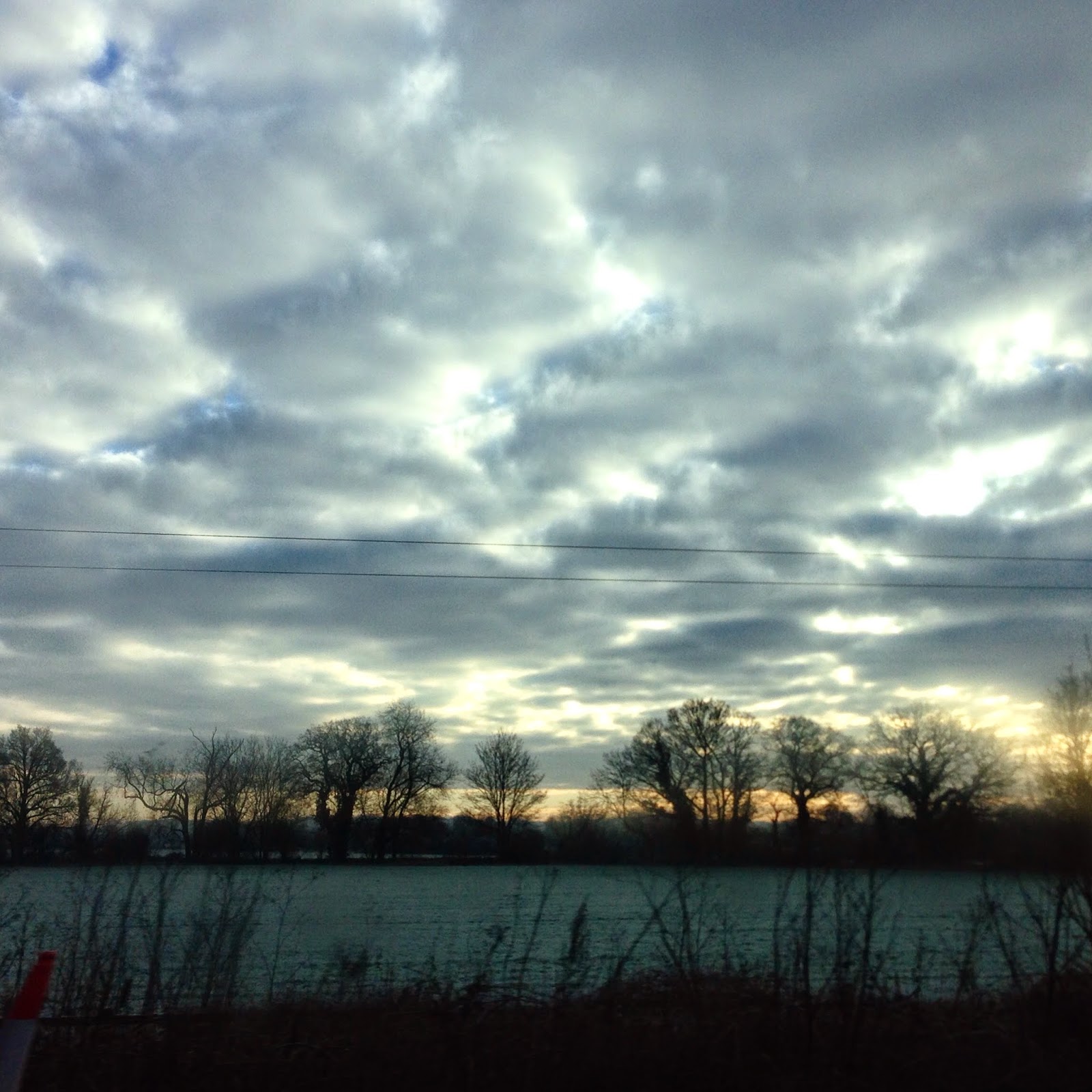 We set off early on Tuesday morning and it was a frosty drive down to the West Country. 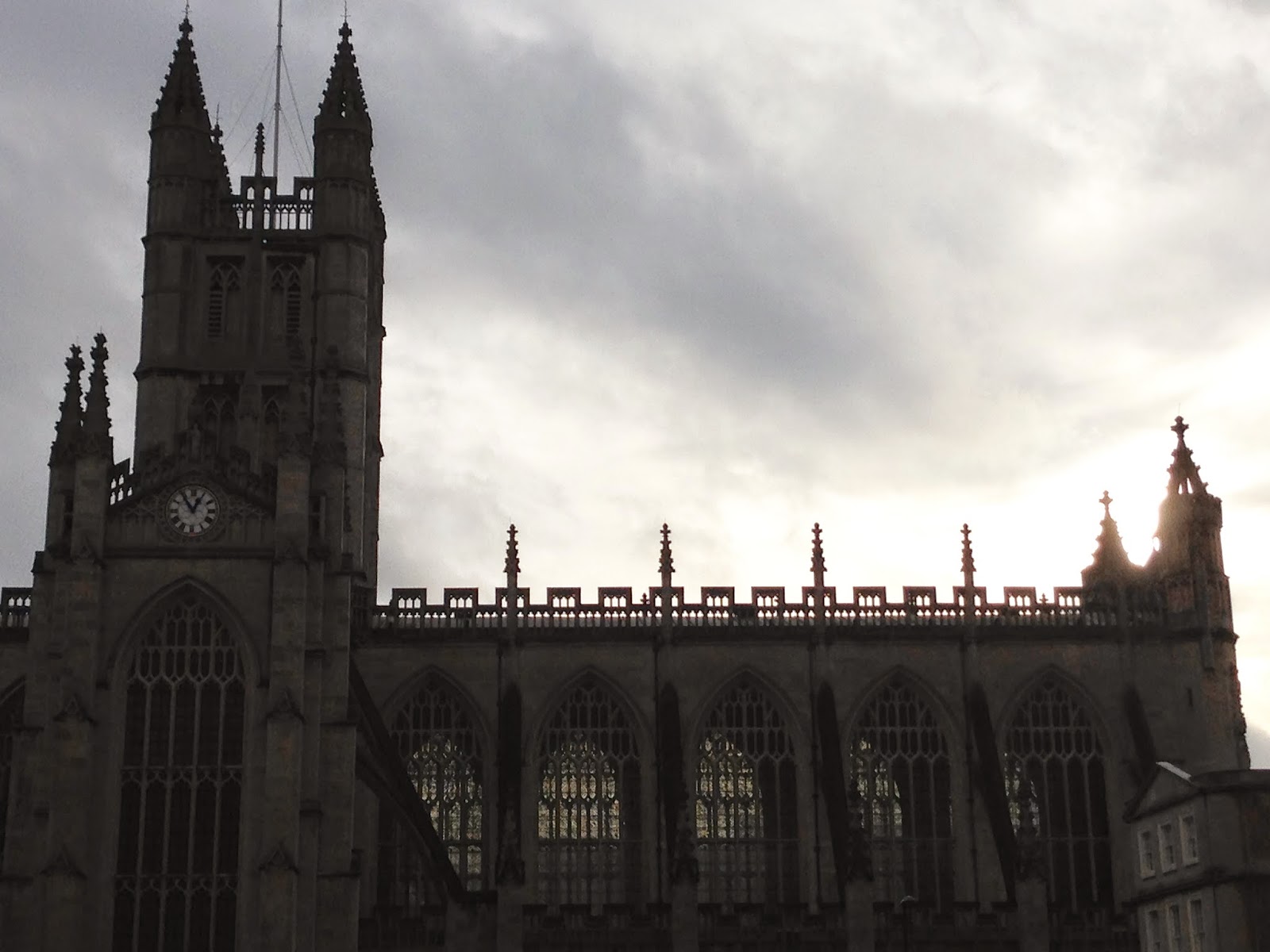 Our first port of call was Bath Abbey which looms above the city centre. I loved the large windows that created a lace effect as well as making the abbey very light and airy. 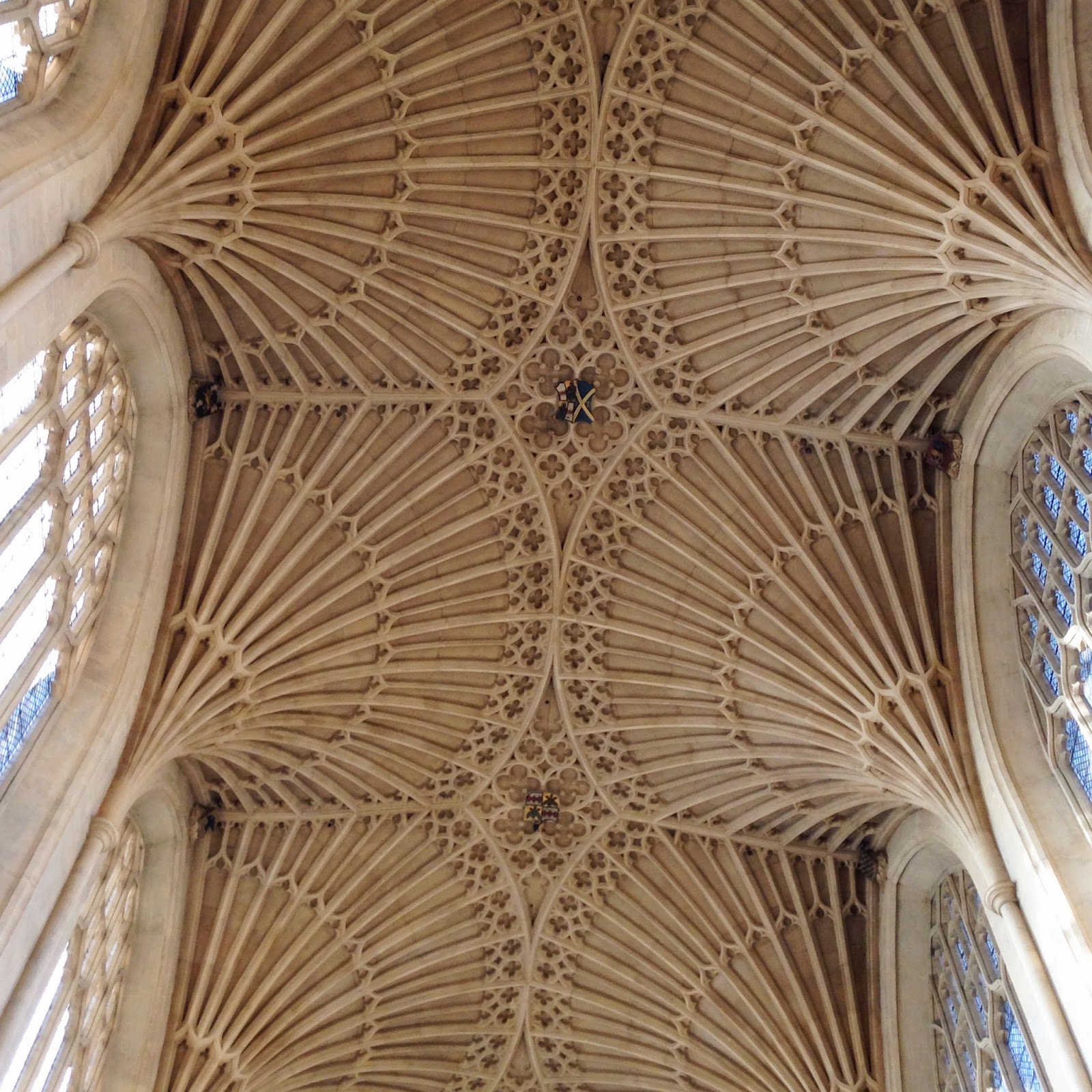 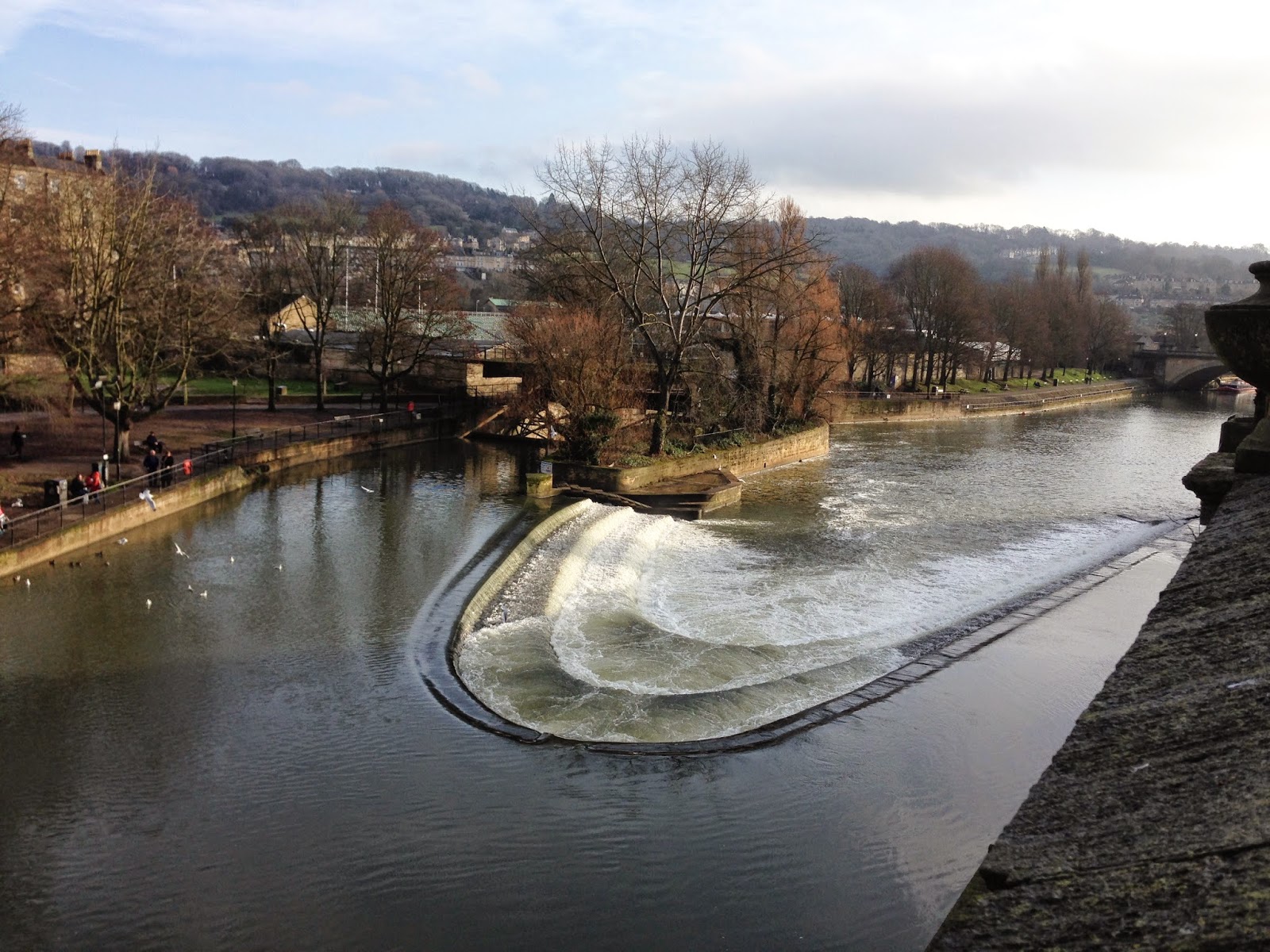 The Avon river at the famous Pulteney Bridge. The Circus is a prime example of the grand Georgian architecture in Bath. 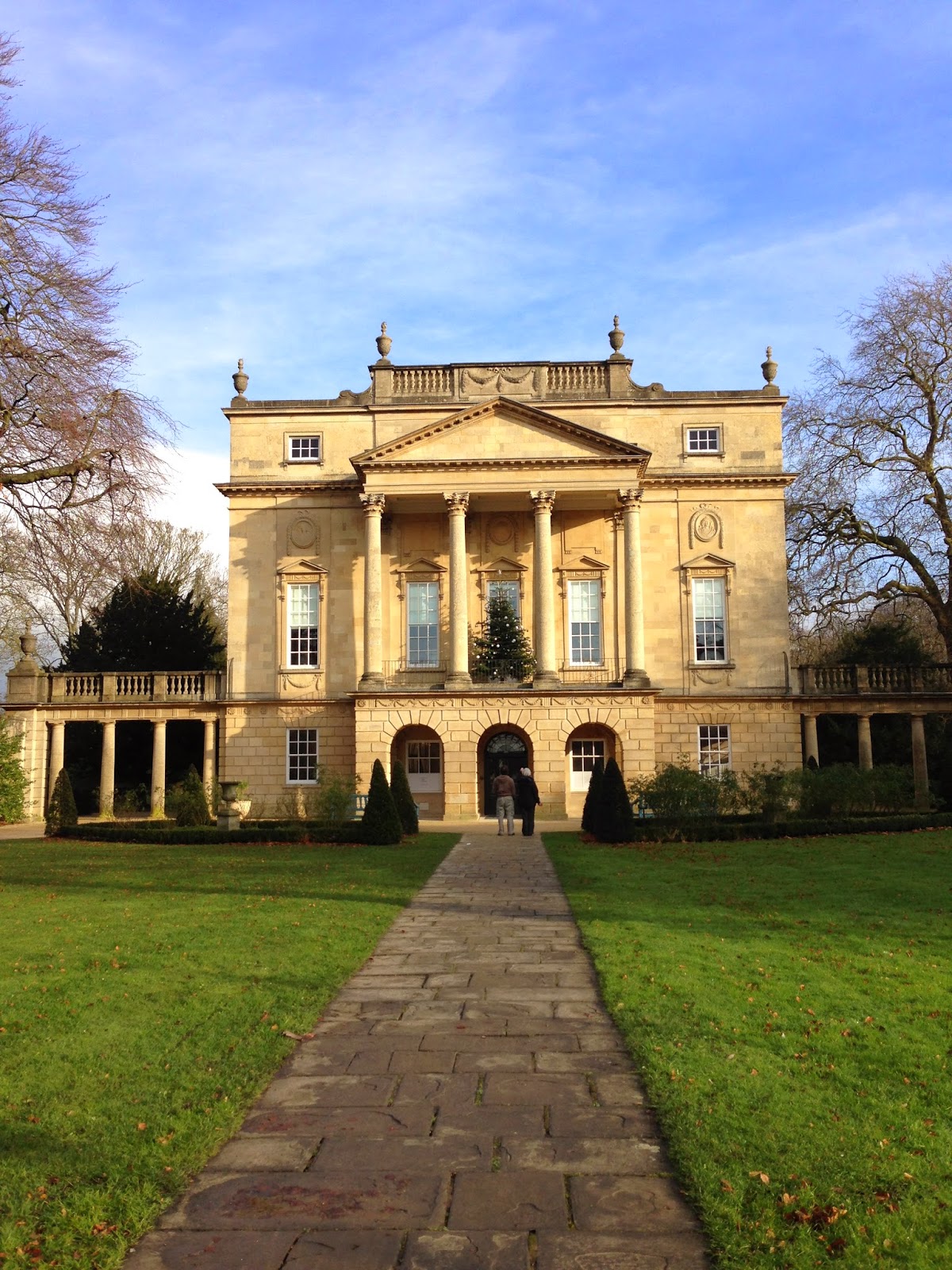 We managed to go to several museums while we were in Bath.
This is the Holburne Museum which has a new modern wing added. 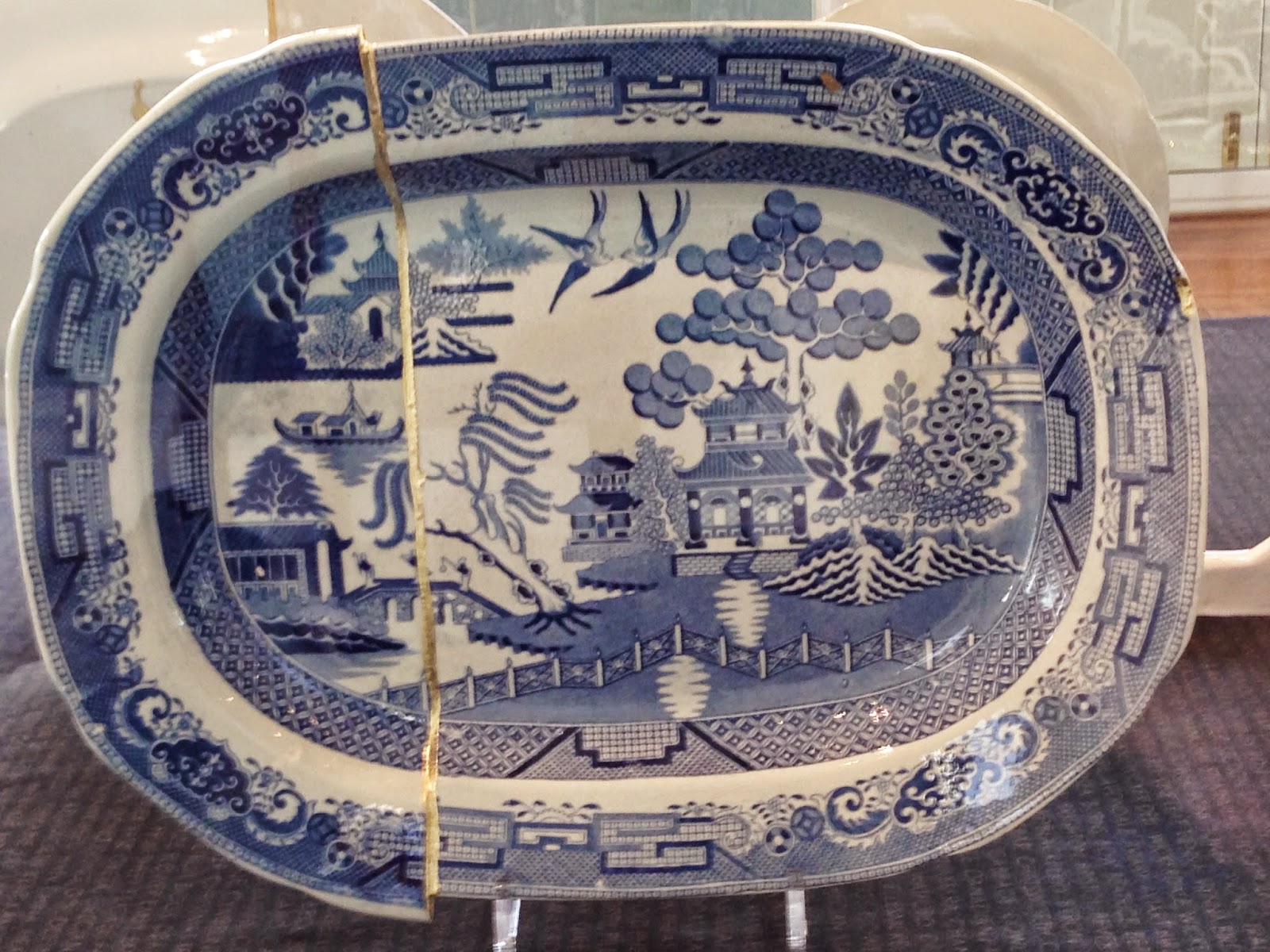 The Holburne museum had an exhibition of the work of Paul Scott an artist who works with ceramics and who blurs the lines between traditional and modern. This exhibition showed the use of traditional ceramics, but with a modern twist.

The plate above consists of two traditional plates pieced together. The join has been made into a feature using gold paint. The plate below looks like a traditional blue and white plate design until you look closer and see the wind turbines into the background! 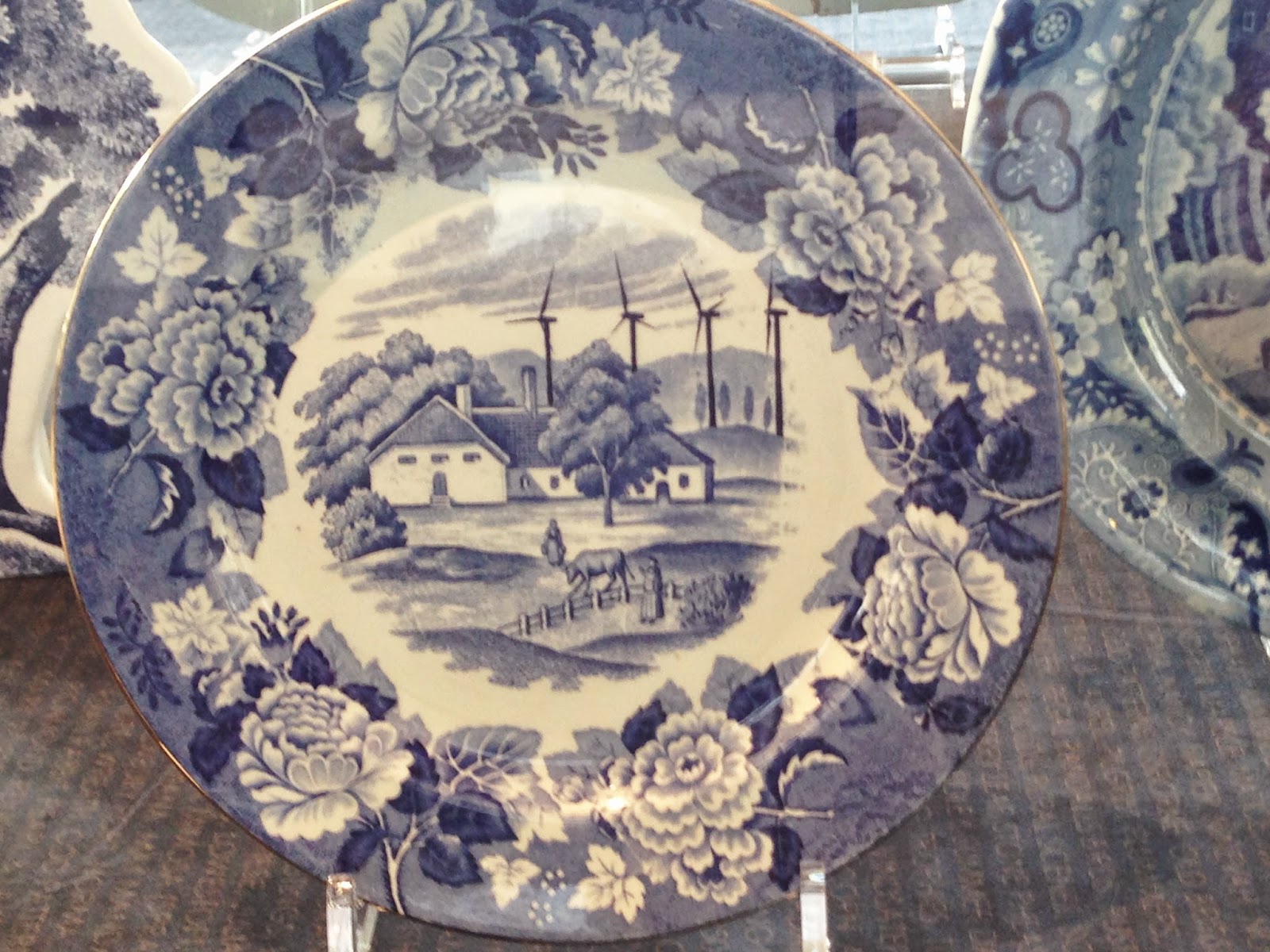 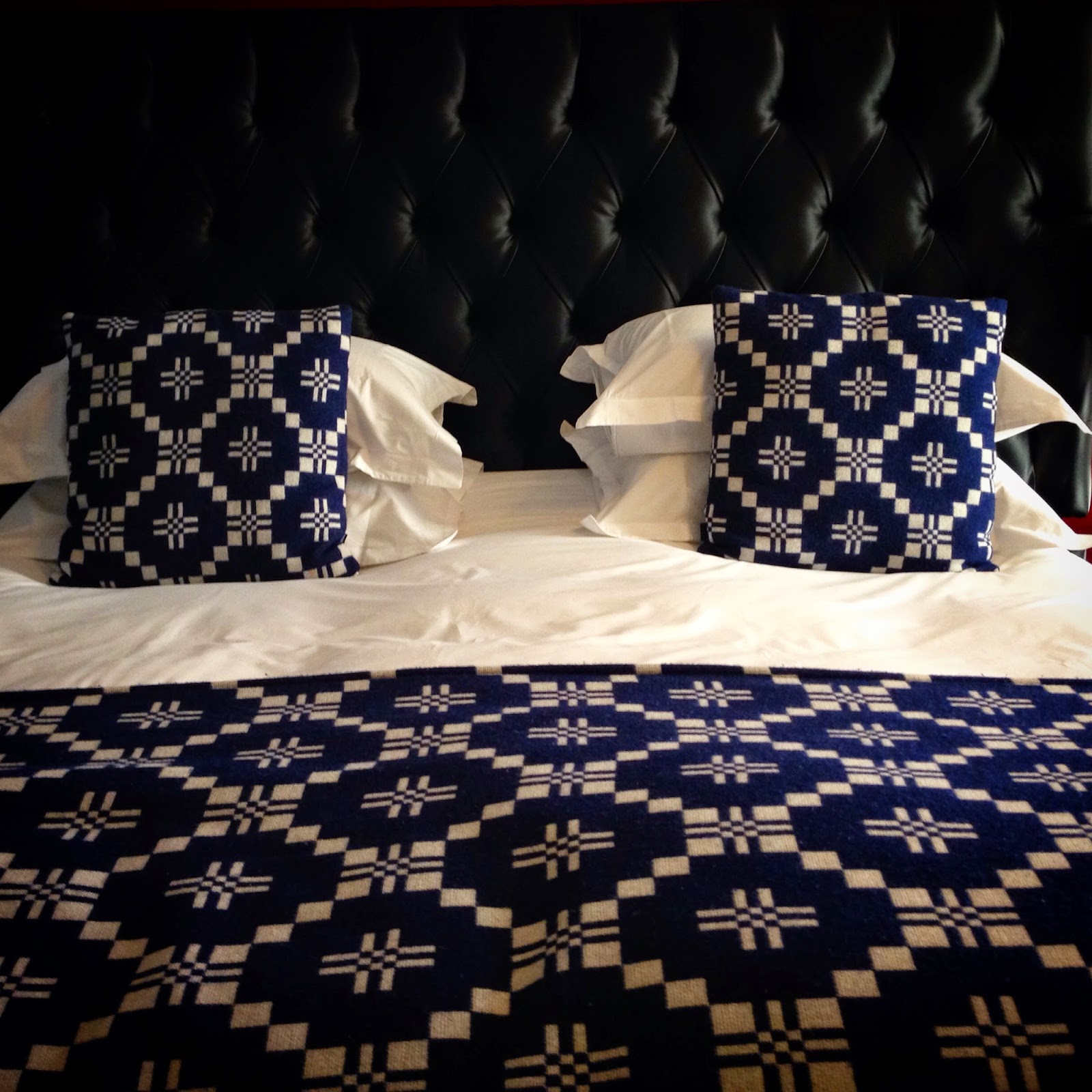 We stayed at the Francis Hotel on Queen Square, 5 mins walk from the main shopping area. It had a beautiful big, soft bed! After a little afternoon nap, we headed out for a cocktail or two at Sub13 and then to Eastern Eye for a slap up Indian meal in an amazing setting. It was upstairs in one of the Georgian buildings that could have once been a grand ballroom. It is now covered in stunning murals depicting scenes from India. 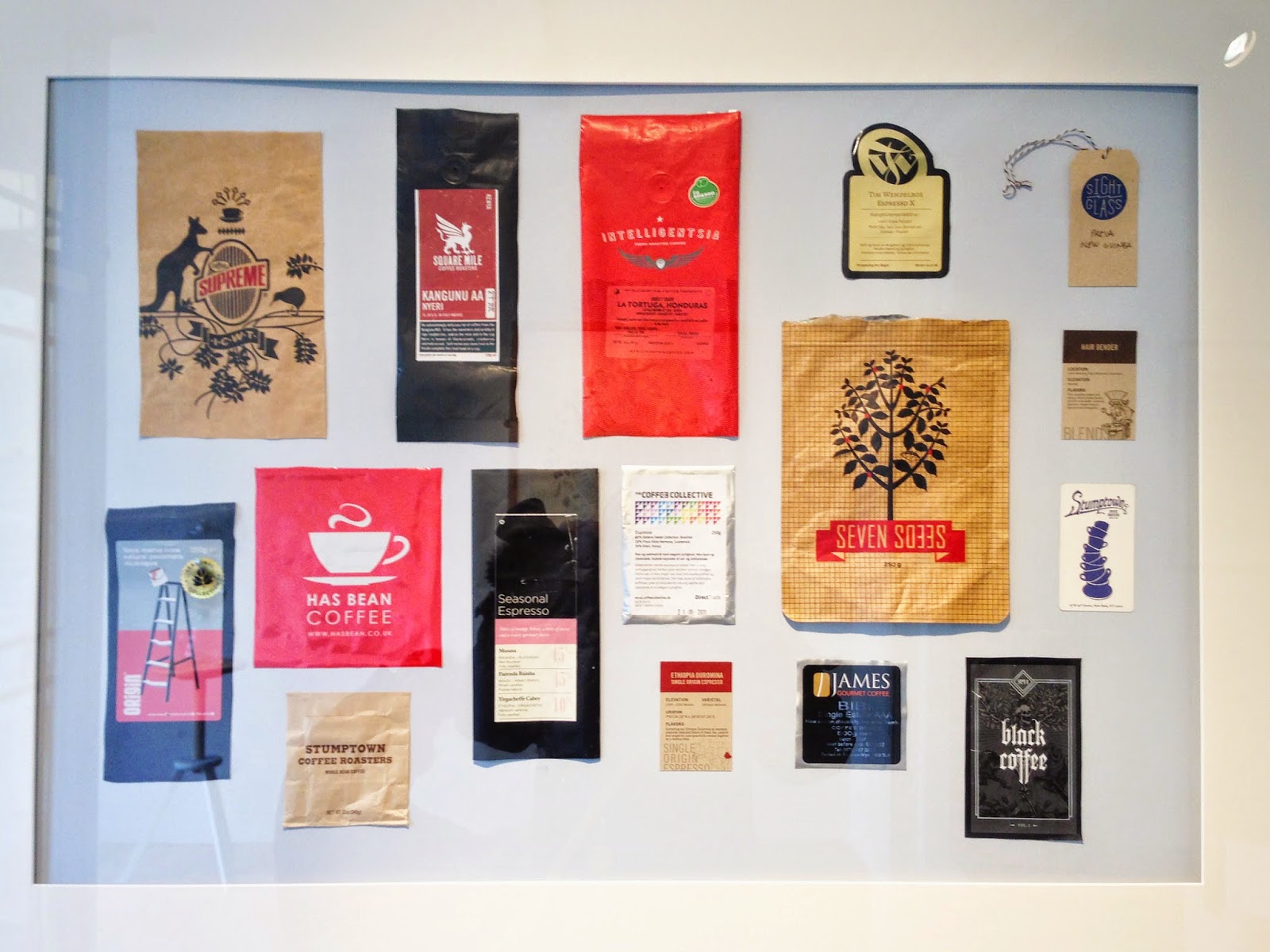 The next morning we went for coffee at Colonna and Smalls coffee shop, situated in an old shop which still has its traditional store front. There were fab framed coffee labels on the wall and we sampled some excitingly flavoured coffees. Mine was maple flavoured and lovely and creamy! 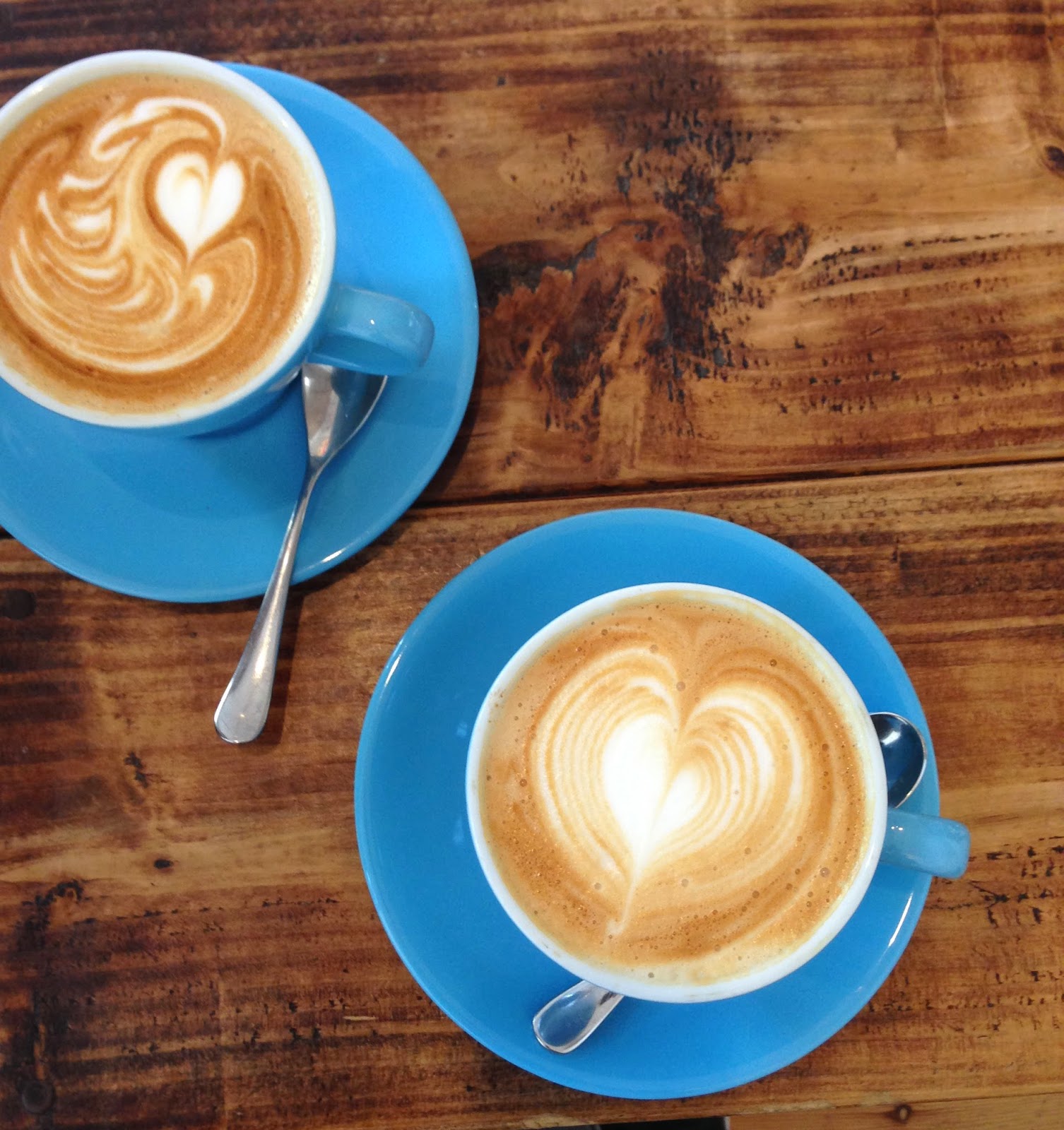