For our first morning in Porto we decided to throw ourselves straight in and do a food tour, hosted by the lovely Vera. She took us on a fabulous tour of the city, stopping to sample some of the city’s tasty offering en route, as well as telling us about the famous landmarks in the city. We started at Padaria Ribeiro where we had a custard cream-filled donut and a tasty ham and cheese sandwich. We then went on to another restaurant to sample fabulous cod fish croquettes. The next port of call was a taverna that served us a selection of cured hams and cheese, washed down with a sparkling rose. The real killer was st the next stop, Gazela, where we sampled the famous francesinhas sandwich, which consists of steak and sausage sandwiched between bread which is then topped with melted cheese and then a tomato-based sauce is poured over the top! We paired this with a tasty sausage roll and a cold glass of beer. Last, but not least, we then walked to Fabrica de Nata to have the most scrumptious pasteis de nata, washed down with a glass of port. Needless to say, we are feeling a bit rotund! 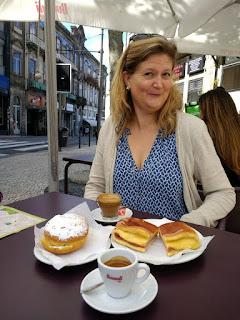 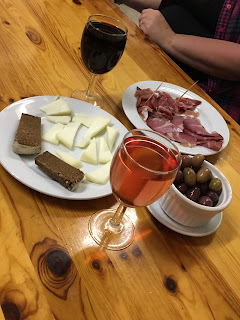 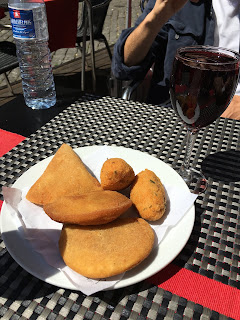 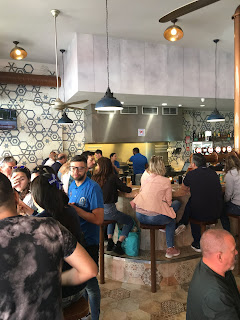 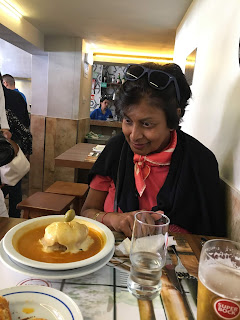 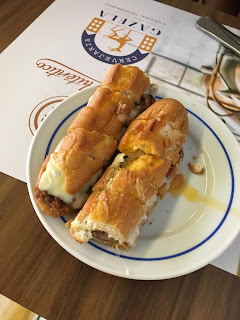 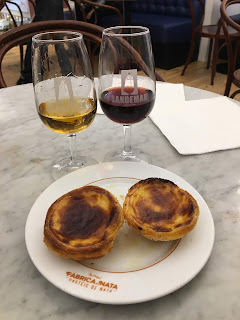 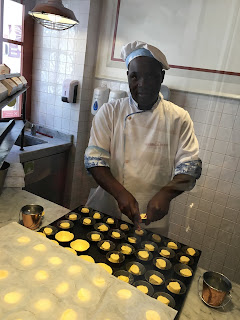