On Friday I was very excited to go the Balenciaga exhibition at the Victoria and Albert Museum. Balenciaga was one of the most innovative and influential designers of the 20th century and had a unique and forward-thinking view of female beauty. Many of his clothes could be seen as conventionally unfeminine in their style, but he still managed to create garments that were stylish and attractive. 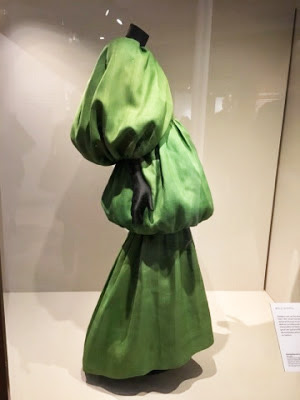 The stunning green dress above is a good example of redesigning the female form. He does not follow the contours of the body, but the dress is still feminine and stylish. 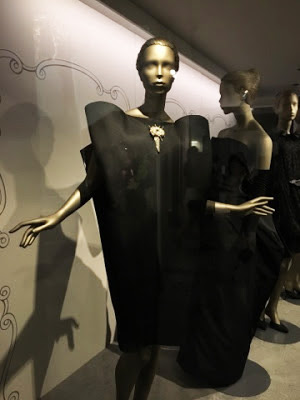 In his later life, Balenciaga continued to simplify his garments, using few seams and minimal decoration, like the dress above. 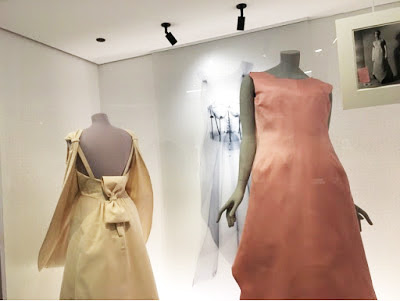 Balenciaga's training in tailoring set a high standard for his workrooms. Even an outfit that looks relatively simple has underlying detail that took hours to perfect. Many of the exhibits have an X-ray image behind them to show the detail that goes into each piece. 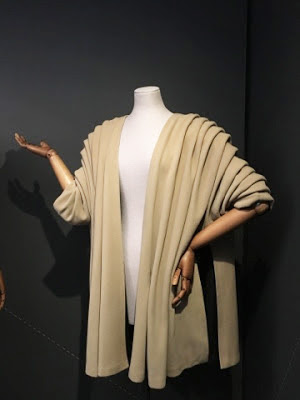 Balenciaga was influenced by costume from many cultures and the Japanese kimono was one of them. In the jacket above, he uses a t-shaped kimono cut which has been manipulated into dramatic folds by an invisible ribbon which runs the length of the sleeve and holds the gathers in place. 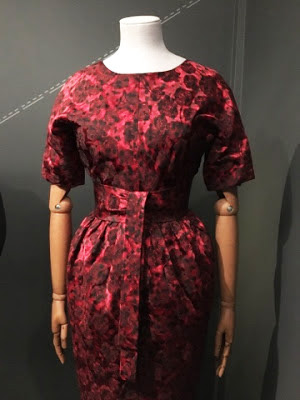 The dress above was also influenced by the Japanese kimono. It uses a kimono sleeve style, where the sleeve is cut from the same piece of cloth as the shoulders. He also adopts the obi-style belt. 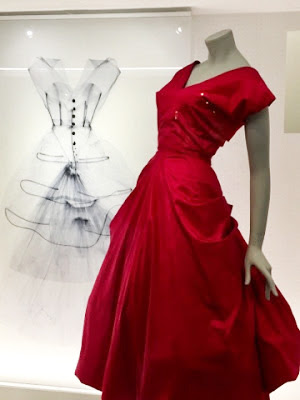 The stunning red dress above was one of my favourite pieces. I loved the colour, but also the amount of work that went into designing it. Behind, you can see an X-ray image of how the dress was constructed and next to the exhibit is an amazing film showing the work that went into making it. 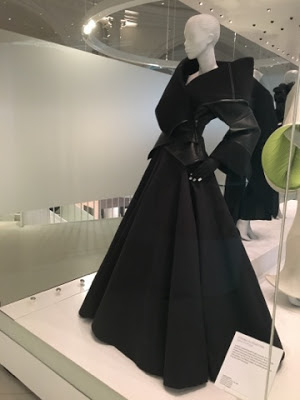 The exhibition continues upstairs where you can see the fashions of designers who have been influenced by Balenciaga in recent years. The outfit above was designed by Gareth Pugh who, like Balenciaga, likes to experiment with shape and volume, often using materials that are difficult to work with. 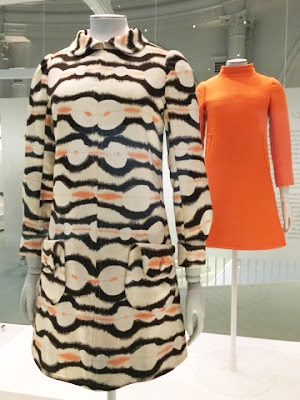 Emanuel Ungaro apprenticed with Balenciaga and his first collection consisted of understated shift dresses, inspired by the style used by Balenciaga. 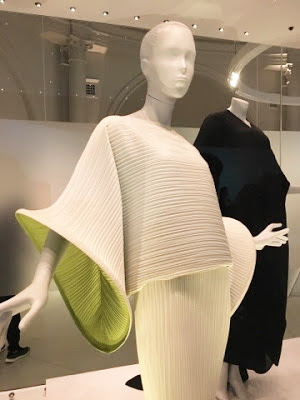