Happy Monday! I hope a good weekend was had by all. It was Mother's Day here in the UK on Sunday, and I hope all mothers were suitably spoilt! I spent time with my lovely mum on Sunday. On Saturday I went ceroc dancing in Hammersmith (my new fave pastime) and on Friday I did some culture and went to the stunning British Museum to see the American Dream exhibition. The exhibition traces the history of America from the 60s to the present day though the use of print techniques. It starts with the pop art of the 1960s, including works by Andy Warhol, Jasper Johns and Robert Rauschenberg, all artists who were inspired by the world around them and produced bold works using screen printing and linocut amongst others. 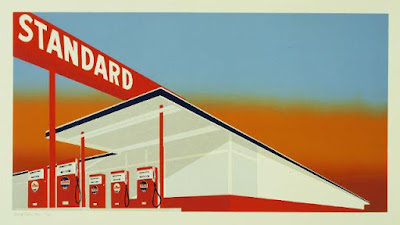 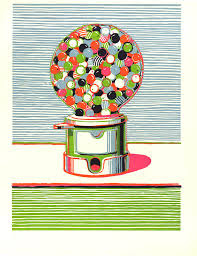 'Gumball Machine' by Wayne Thiebaud is a linocut print and I was amazed at the amount of detail achieved. I also love the colours and use of pattern. 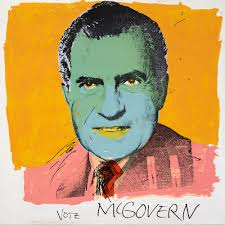 This Andy Warhol screenprint of Nixon was used to campaign against Nixon. It depicts him with the clashing colours of a blue face and yellow mouth. 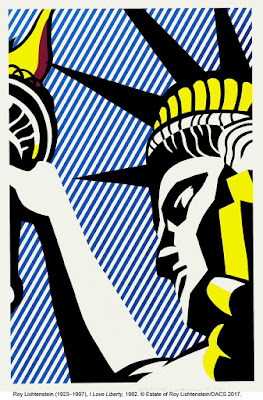 Roy Lichtenstein's graphic style is unmissable and I love the dramatic angle and shadows he uses in his 'I Love Liberty' print. 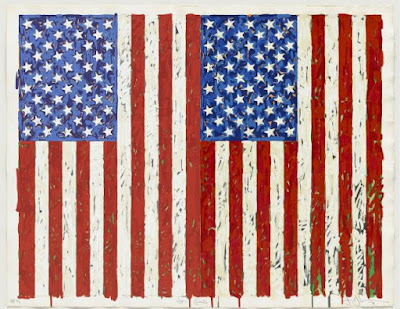 Jasper John's iconic American flags. He captures the feel of a loosely hand painted piece in a print.