On Friday I went on a little sojourn to Strawberry Hill House, a Georgian Gothic revival villa built by Horace Walpole in the 18th century. I've lived near it for years, but have never been inside and it was a beautiful surprise. The reason I went was because there was a home decor show being held there and the items on show fitted beautifully with the surroundings of the house. I will write a separate post showcasing some of the inspiring designers I met there, at a later date. 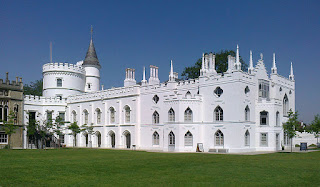 After lying unused for years, Strawberry Hill House was leased out to the Strawberry Hill Trust who restored it to its former glory and reopened it to the public a few years ago. 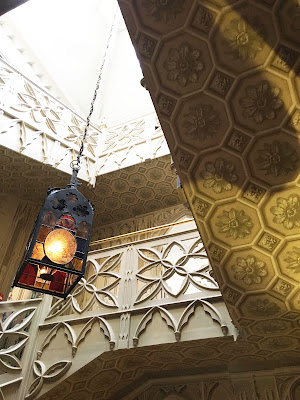 The atmospherically dark grey entrance hall and staircase use a combination of real carvings and painted 'carvings' to create a stunning effect, all lit by a gothic lantern in the central atrium. 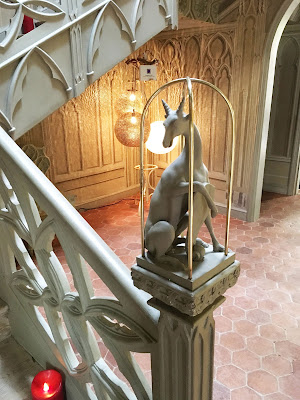 On each newel post, antelopes holding shields sit on guard. They have been carefully restored, with a protecting brass 'cage' added around them. 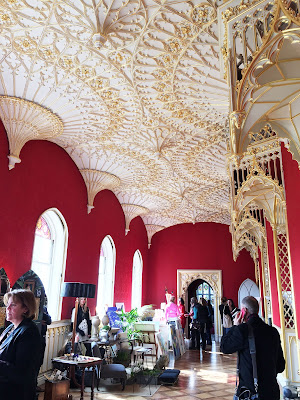 The Gallery was a stunning red room and the main room that Walpole used for entertaining. It has been restored to its original grandeur, and makes quite a statement with its red bespoke damask-covered walls and gilded paper mache ceiling. 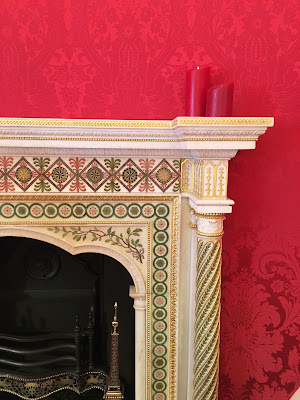 The scagliola fireplace in the Round Room at the end of the Gallery is stunning. 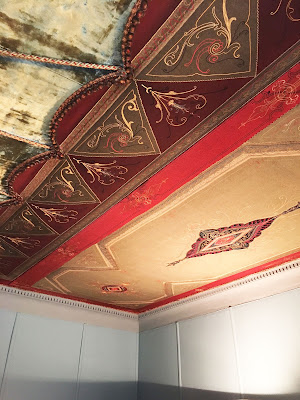 The Breakfast Room was an interesting combination of blue and white floral wallpaper, with a heavily embroidered ceiling made of red and olive velvet, which was added in the Edwardian period and had a Turkish influence. 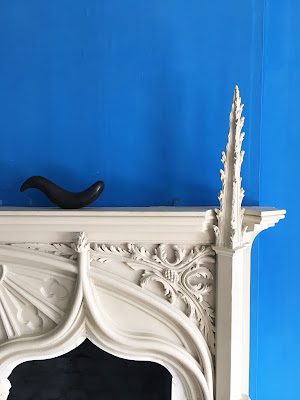 I loved this beautifully blue room with its ornate fireplace and stunning blue stained glass windows to match the painted walls. The homewares on display for the decor show fitted perfectly with the grand surroundings. 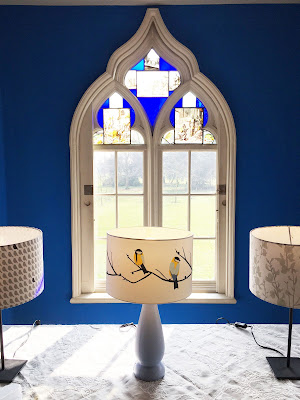 This purple room below is called the Holbein Chamber and was the area of the house set aside for socialising and entertaining. It also housed a set of Holbein drawings. The ceiling is an example of an early use of papier mache. 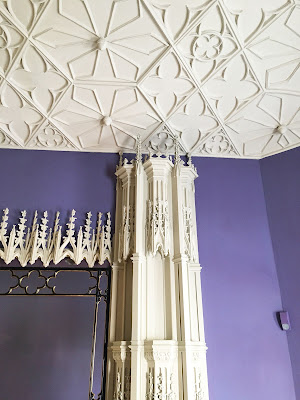 In this room, there was also a section of artists materials on show, illustrating the types of techniques and materials used for decorating in the 18th century. These included rabbit skin glue and crushed beetles used as pigment. 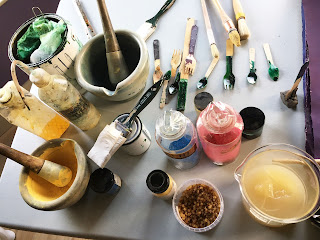 I loved the colours used for the walls and below is an example of some different colours and techniques used. 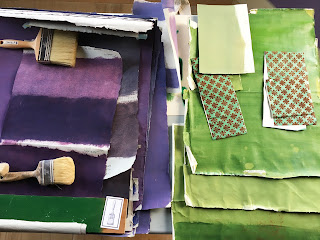