You may have noticed that I went on trip to Istanbul recently and I am slowly going through the photos from my trip, reliving some of the sights we saw. I feel like we only scratched the surface in the four days that we were there, but we managed to see most of the main sights. Luckily, we were staying very centrally, in Sultanahmet. In fact we were so central, our flat was right behind the Blue Mosque! This was great for ease of getting around, but not so great when call to prayer started at 5.15am! This is a small account of some of the sights we saw, but I will also be touching on some of the food we ate as well as the shopping we did over the next few days. 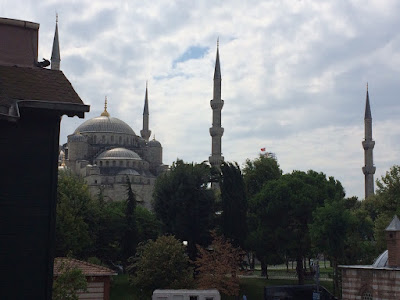 The photo above shows the view from our apartment of the Blue Mosque. We found the apartment through Airbnb and it was the perfect location for a first time visit to the city. 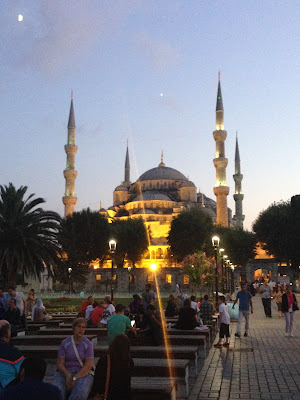 At night time the Blue Mosque takes on a magical quality, quite lovely to stroll around on a balmy summer evening. 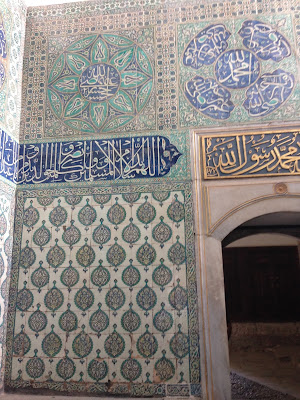 On our first morning we headed to the beautiful Topkapi Palace, getting there early enough to beat the majority of the hordes that turn up every day. The palace is an opulent complex with a colourful history and even more colourful architecture and design. We started at the harem, which was probably my favourite part due to the sheer amount of stunning tile work and design that adorned every surface. 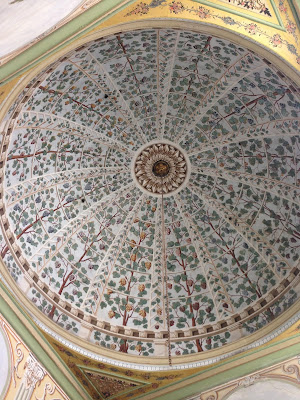 It seemed that every surface was either tiled, painted or carved with an inspiring design. 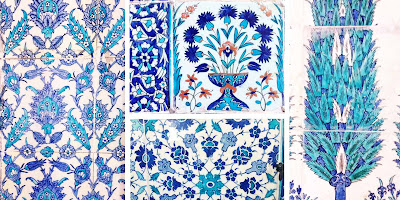 And in some cases the tiles almost became patchwork in feel. Needless to say, I have come back with a lot of inspiration of new designs! The sun was warm and bright, but many of the interiors were dark to keep them cool. I love the tessellated metal windows below. 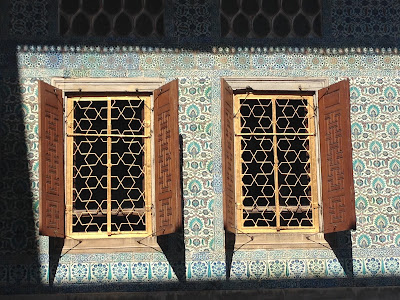 The view from Topkapi Palace was stunning. You can see at least three mosques here, dramatically filling the skyline. 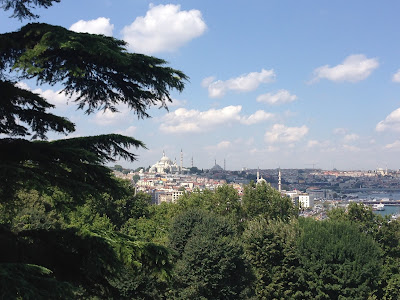 Each evening we went out for scrumptious food (which I will write about very soon!) and one evening we popped around the corner form out apartment to get a drink at this stunning rooftop restaurant that is situated right between the Blue Mosque and Hagia Sophia. The sun was setting and the view was stunning, although I look like I've got a horn coming out of the top of my head! 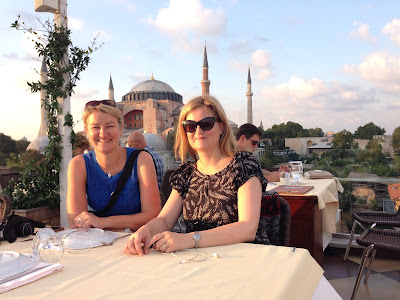 On our second day we visited the Blue Mosque which consists of a selection pf domes in varying sizes as well as six tapering minarets. the interior is encrusted with thousands of blue iznik tiles. This is still a working mosque, so were unable to access all areas, but it was a stunning sight, as seen below. 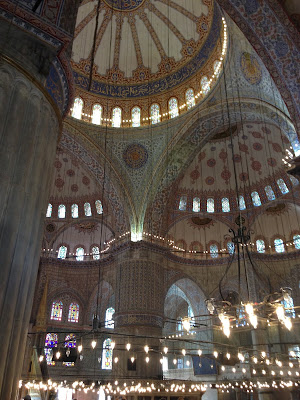 On our third day, we went to the Aya Sophia, just across the piazza from the Blue Mosque. This has now been transformed into a museum and is mightily impressive! It was built in the 6th century AD and is a majestic Byzantine basilica, complete with soaring dome, huge nave and glittering gold mosaics. 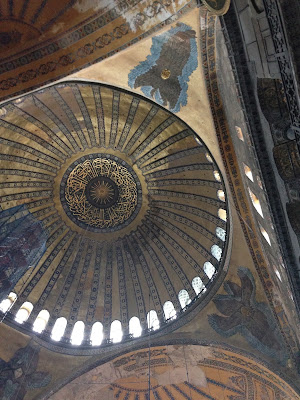 The dome soars 56m from ground level. It was originally covered in gold mosaics but was decorated with calligraphy during restoration work in the 1840s. 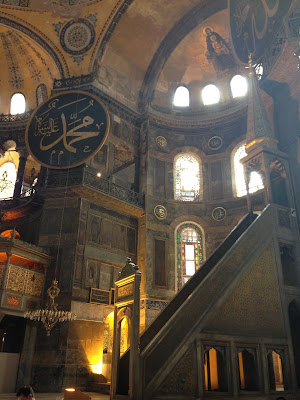 The grand staircase above leads to the Imperial Loge. 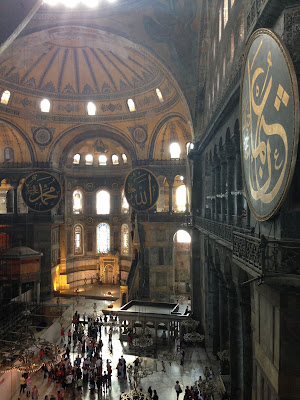 When the building was restored in the 1840s, huge medallions were added around the interior of the building. They are inscribed with gilt Arabic letters and are made of leather. 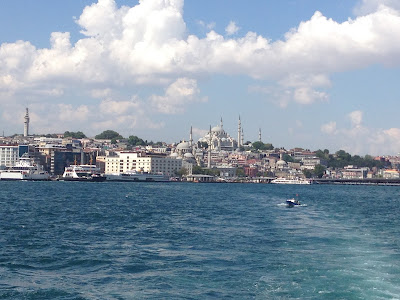 On one of our mornings there we took the short ferry ride over to Kadakoy on the Eastern side of Istanbul to have brunch and forage around the food market there. It was so lovely being on the water and we were amazed at the amount of mosques you could see scattered around the city once you stepped back from it all. Once you get into the back streets of Kadakoy, it has a lovely relaxed feel, with an area of antique shops, which I dutifully dipped into! 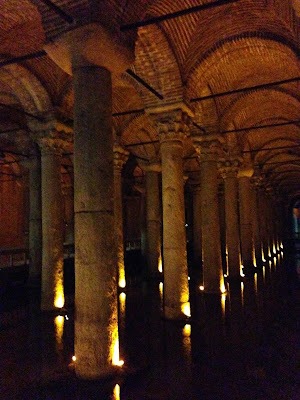 On my last morning I visited the Basilica cistern, an extraordinary underground reservoir with vaulted brick ceilings and a forest of columns. 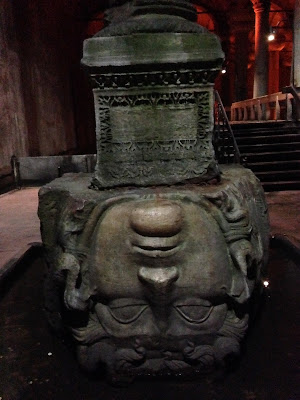 This upturned Medusa head has been used as a column base. 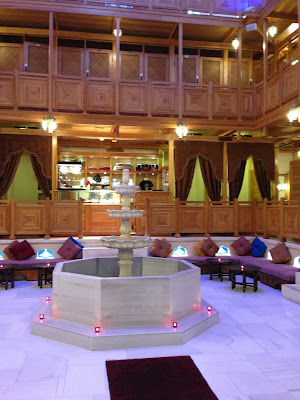 I even managed to make it to a hamam on my last day, where I was scrubbed clean in a stunning white marble domed hall and then massaged.