I'd been looking forward to seeing The Grand Budapest Hotel for a while and was really hoping that the it wouldn't let me down. I saw it the other night and really enjoyed it! I love Wes Anderson's films and was prepared for the quirky dialogue, random story line and attention to detail. The sets were amazing and I loved the story line, made even better by the fact that you had no idea where the story was going to take you. I don't think I've ever seen  Ralph Fiennes in a comedy role, but he played the dandy concierge very well. His side kick, Zero, plays the bell boy who is so young he has to pencil in his moustache every morning. He becomes the concierge's confidant and falls in love with Agatha who works in Mendl's, the local pastry shop. I won't give any more away, but I recommend going to see it. 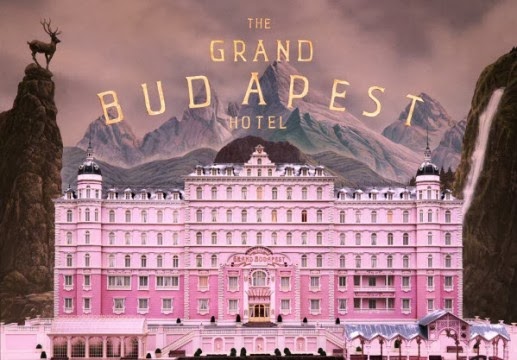 The exterior of the hotel is candy floss pink and set in the mountains of a fictional Eastern European Republic. 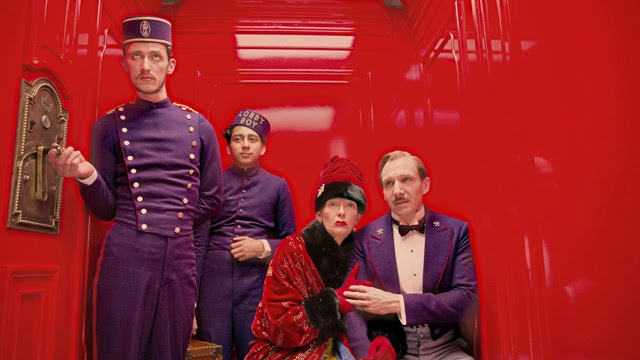 The interior of the hotel lift is bright red and looks fab set against the purple of the hotel uniforms. A hardly-recognisable Tilda Swinton plays Ralph's ageing 'love interest'. 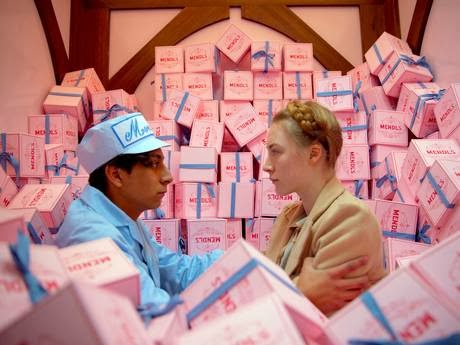 Zero and his love interest Agatha meet among the beautifully pink boxes of Mendl's pastry shop.